The Declaration, the Sword and the Spy 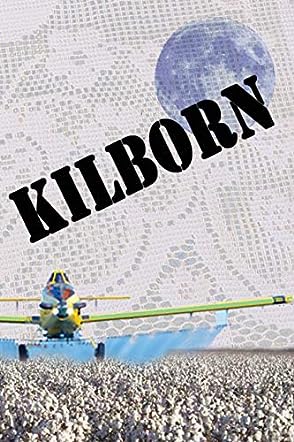 In Kilborn by Wayne Hughes, Drake Kilborn is running his family's crop-spraying business since his father became ill with heart problems. Mentally unstable since the death of his beloved mother, Drake becomes the source of problems for almost everyone in his hometown. When an employee in his company dies after handling dangerous chemicals, the case becomes the first catalyst in Drake's undoing, further complicating Zeke’s life, his fragile, widower father. Zeke’s sister-in-law, Ella Parker, and long-time friend, Dan Baker, try to support him as best they can while an undercover Texas Ranger is patiently building a criminal case against the younger Kilborn. Life still goes on in Jerrod; people fall in love, businesses still run and farmers still need their crops to be sprayed. However, anyone who is connected to Drake Kilborn in some way or another begins to feel the negative effects of his behavior seeping into their lives.

Wayne Hughes's Kilborn is an intriguing and calmly told small-town crime thriller that benefits from impressive, memorable characters, a well-paced plot and an engaging narrative. The protagonists share the same glaring problem－Drake Kilborn, who doesn’t have to be on the scene for readers to feel how much of a detrimental impact he has on the community. As the story unfolds, I wondered whether I would have an ounce of empathy towards Drake as his state of mind is talked about by others, particularly how he seems to forget that his mother, Berthie, died years ago. There are some light, funny moments to balance the solemn, dark moments of "a burned out little cotton town" and incidents caused by the infamous, erratic walking time-bomb Drake who's either going to end up in jail or a mental health facility. The ending, however, gives a different kind of last act for the antagonist but one that will satisfy readers nonetheless. Simply put, a good read that highlights mental illness issues including PTSD.