Strangers In Another Country 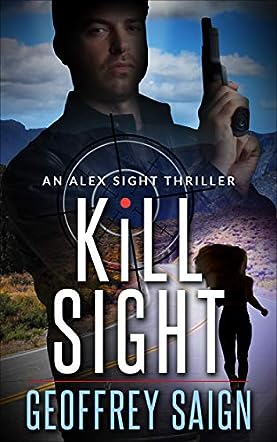 Award-winning author Geoffrey Saign has spent many years studying kung fu and sailed all over the South Pacific and Caribbean. He uses that experience and sense of adventure to write the Jack Steel and Alex Sight thriller action series.

Geoff loves to sail big boats, hike, and cook—and he infuses all his writing with his passion for nature. As a swimmer he considers himself fortunate to live in the Land of 10,000 Lakes, Minnesota. See what he’s up to at http://geoffreysaign.net.

I read quite a few thrillers, but this is the first time that an environmentalist terrorist group was the enemy. I must say it would have been hard to cheer for their demise if they had not been so bloodthirsty. On the other hand, Alex Sight is someone easy to sympathize with regardless of who the opponent might be. He is the secret weapon and the vital component that makes Kill Sight by Geoffrey Saign a great read. I enjoyed it immensely and at times found it impossible to put down. Despite Alex having a decided advantage in his battle against terrorists, his advantage was countered by the skill, intelligence, and determination of the terrorist group that he found himself up against. And that advantage was never enough to prevent loss of life as their next target was attacked. Sometimes it seemed that Alex was only good enough to be around to pick up the pieces.

The suspense and sense of impending disaster is palpable throughout Kill Sight. Geoffrey Saign is a master of unfolding a story piece by intense piece. But the masterful plot and development are not the only superior attributes of this story. The character development of the FBI agents, especially Alex and Megan, is superb. Indeed, Megan Detalio is one of the best characters, especially competent female characters, to appear in the thriller genre in a long time. She and Alex made a great team and I hope they team up again in the future. I loved their trust in each other’s abilities and I think readers will too.