The Monkeys of Kapok 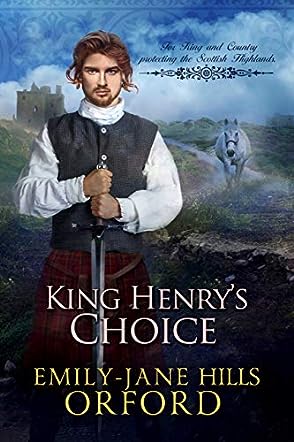 Emily-Jane Hills Orford spins a tale of history never before spun in King Henry’s Choice. In Edinburgh, Scotland, in the year of our Lord 1649, King Henry sits with his grandmother. Henry must tell her he has been to the future. Yet, how can this be, how can he possibly explain what he does not understand himself? “Our days are numbered.” Or are they? What happens if the past, the present and the future intersect and overlap, causing the past to be rewritten? This is the reality King Henry of Scotland must face as he and his ancestors transcend time. The desire for Scotland to remain free of English rule runs through the heart and soul of their Scottish heritage. Robert the Bruce, Queen Mary, and King Henry devote their lives, by attempting to harness time, to ensure that Scotland never unites with England. Their battle cry resounds, echoing through time – “for now and forever!”

Weirdly intriguing! Science fiction collides with historical fiction in King Henry’s Choice. The narrative’s author, Emily-Jane Hills Orford, portrays Scottish history in a manner never dreamt of or spoken of before. The characters are real, yet fictional at the same time. Well known historical figures, writers, inventors, and artists of the Impressionist Era leave a renewed lasting impression. The author’s imagination is beyond creative as she reveals an alternative timeline for the historical characters. The idea of transporting through time proves to be dangerous and confusing; the plot action accelerates and heightens through each time jump. The power of choice is the central theme weaving throughout the narrative. Life cannot be predicted, even if it can be altered, “Past, present, future time was ethereal, illusive, and not always what you hoped or expected.” King Henry’s character is transformed through each quantum leap. His character expands and simultaneously condenses, as his internal conflict melds with the external. King Henry realizes there is more to life than his personal preservation; a much greater cause becomes apparent as he wars throughout time for the sake of posterity. King Henry’s Choice poses the infamous conundrum: if only I knew back then, what I know now. Oh, the paradox.