The Rise of a Golden Lion 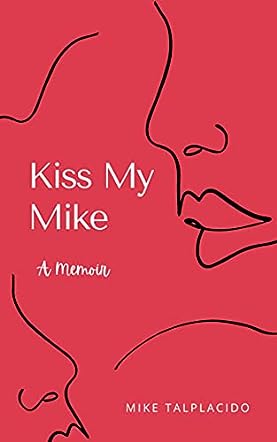 Kiss My Mike by Mike Talplacido is a no-holds-barred, frank memoir of the exploration of a young man’s sexuality both in the country of his birth, the Philippines, and later in the United States. Mike was the second child of a working-class family in the provincial Philippine back-blocks of Nueva Ecija. Growing up in a typically deeply religious and traditional Filipino family, Mike was well instilled with the prevalent Catholic faith and its inherent guilt and shame of anything sexual. It wasn’t until he experienced sexual abuse by a hairdresser and a teacher as a young teenager that he began to realize that perhaps his sexuality was confused or uncertain. Mike’s abiding dream was always to succeed at college and somehow find a way to fulfill his greatest desire, that of living and working in the United States of America – the land of opportunity and hope for many Filipinos, not just Mike. Although he would achieve that dream, his financial, emotional, and social ties to his home country would constantly pull on his desires to be who he really wanted to be and to express himself as he truly wished to. Mike’s journey to full self-acceptance will be a long, winding, tortuous, and at times extremely painful voyage of discovery that will, hopefully, ultimately lead to his acceptance of himself for who he really is.

Kiss My Mike is a bittersweet read. As one who has been intimately involved in the Philippines for over thirty years now and has lived here for the last ten, I was able to readily identify with and sympathize with the author’s many frustrations with his family and Filipino society’s treatment of gay and lesbian relationships. Mike Talplacido experienced this first hand and especially the double-standards that are a hallmark of much of the Filipino culture, the fault for much of which must be laid fairly and squarely where it truly belongs at the feet of the colonialists, both Spanish and American and the ever-present, ever-dominant and ever-hypocritical Catholic church. The author does a superb job of conveying the utter sense of desolation and sorrow he felt, caught between the financial needs of his family back home with his own need to create a life he could be proud of in America. I particularly liked his willingness to self-reflect and to accept the mistakes he made and try to rectify them. Despite his somewhat reckless and at times ruthless search for love, acceptance, and happiness, he comes across as a genuinely nice, caring, and loving individual who has been emotionally stretched to the limit. I really enjoyed this dip into both the social customs and mores of Filipino society, the contrasts with the U.S., and also the world of the gay man and the gay Asian man. I can definitely recommend this read and look forward to more from this author as he finds his voice in the literary world.