Only Angels Gaze Toward Heaven Flooding My Life with the Book of Mormon 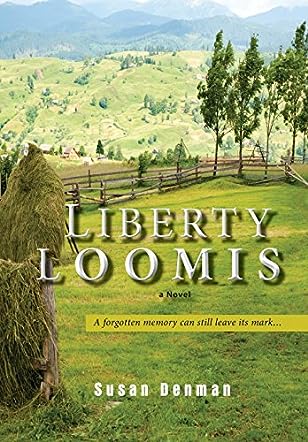 The “Liberty Loomis” story is one that I have wanted to tell for many years. Although it is fictionalized, my story is loosely based upon my experiences growing up on dairy farm in upstate New York and spending my summers working in resort hotels in the Catskill Mountains and as a nurse’s aide at Liberty Loomis Hospital. It took me five years to complete as I was also working full time as a physician.
Although set in 1970, the themes of Liberty Loomis and the life lessons it teaches are timeless. While this coming-of-age story deals with the harsh realities of domestic violence, childhood abuse, autism, abortion, and controversial political and social injustices, it delivers an overall message of optimism, hope and redemption.

Set in the 1970s in New York State's Catskill Mountains, Liberty Loomis by Susan Denman is about Mayzie Jenkins who wants to become a doctor. She starts working at Liberty Loomis Hospital for eight weeks one summer. Liberty Loomis does not look like a typical hospital; it looks more like a resort in a mountain location because of its beautiful architecture. The hospital was also famous because of its historical role in the treatment of tuberculosis. As the story progresses, it reveals the strength, fortitude, courage, and endurance of doctors to fulfill their duties to their patients with goodwill and positive vibes. The story also captures the upbringing of a girl whose life is influenced by the Jewish community that spent summer vacations where she grew up. The small town, the residents of the area, and the buildings have been described well and they find their way into the hearts of readers through this book.

The plot tackles many subjects that were prominent during that period; the mentality of small-town people, abortion, racism, religion, abuse, and the Vietnam War which was also responsible for creating a divide among people. The author knits a simple story into the aftermath of the social and cultural upheavals that happened in the United States in the 1960s. The author portrays the fragility and unpredictability of human lives and will help readers realize the importance of making good choices when it comes to life. Whether it is the dialogues, the narration, or the scenes, the author's fluid style of writing makes these vivid for readers. I like the way Susan Denman has portrayed the characters; they come across as real people and that makes them relatable and tangible to readers. The story also evokes some poignant feelings as it deals with human interactions, the friends they make, and the losses and tragedies that will make readers look at the complexities of life. The message of when you help others, you help yourself is timeless and is subtly woven into the story.