Curse of the Furies 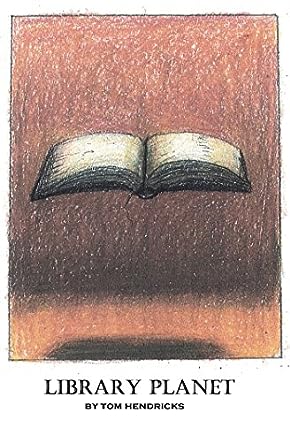 Tom Hendricks is a Dallas-based musician, painter, writer, and creator of a zine called Musea.
The Musea zine has been published since 1992 and currently has 196 issues. It includes reviews, art discussions, and often, articles about the problems with music and other forms of art being controlled by large corporations or institutions. Musea generally favors independent, local music and art. The zine is little known outside of the 'zine' community or his hometown, Dallas, Texas.
Hendricks records music under the name Hunkasaurus and His Pet Dog Guitar, and he performed concerts from 1996 to 2014 in the box office at the Inwood Theatre, a well-known Dallas arthouse theatre where he was working. Minor publicity for these unusual performances was mentioned in January '06 Texas Monthly Magazine[1] and in the May '04 Dallas Observer.[2] Hendricks' music for the most part is standard rock, blues, and folk on his Silvertone Standard guitar, but in his zine, on Usenet, and on the jackets of his self-released CDs, Hendricks complains that "bands" (meaning groups using standard rock instrumentation) are derivative and that it's time for a new form of post-rock-band music he calls "Postism." In 2015 Hendricks released a 150-song, 9-CD boxed set titled Hunkasaurus and His Pet Dog Guitar Outside the Box Set.
Other activities[edit]
Hendricks is also a poster to Usenet with thousands of posts, which are often taken from or related to Musea. In 2015, Hendricks released on the net a short novel called Library Planet, Cendrillon,

Library Planet is a literary science fiction novella written by Tom Hendricks. Street and Smith is a solitary man who finds great pleasure in the company of books. Being a wealthy man, both through inheritance and his own industriousness, he was able to take advantage of the rift that occurred among the over 70 planets that had set up this planet as a museum and later a library for the Capital of the confederacy. The entire planet had eventually become the library before the two factions decided to set up their own libraries. Street and Smith was able to provide the money and material incentives to the departees, leaving him the lord of his domain and owner of the planet. He revels in the solitary delights of roaming his halls, cataloging his current and new acquisitions, and reading for hours each day, until one day his perfect solitude is broken by a sound. Following it, he comes upon a ghostly presence who swiftly departs. He's enchanted by the visitation and knows which books to consult to find the way to coax her to appear once more.

Every so often, I run across a literary work that makes me want to read great sections of it aloud in order to savor more fully the marvelous and magical blend of language and meaning that merges into a living and synergistic spark. Reading Library Planet, I found not only that desire but also the compelling and irresistible impulse to read those phrases, sentences, and whole sections aloud -- and I actually did. I was initially quite intrigued by the concept of a library planet and discovered an instant connection and feeling of rapport with that solitary man whose world is filled with vast uncharted shores and canyons, and the lore and knowledge of a thousand thousand beings. And I soon shared in his enthusiasm and delight as he finds and sets out upon his quest. Library Planet is hauntingly beautiful, and the author's use of language and imagery throughout the work is inspired. This story is part fantasy, part fable, and totally awesome; and it's most highly recommended.

Library Planet by Tom Hendricks is a short novel which takes place in a library so large it covers the entire planet it is built on. Once the Capital of the Confederacy, this planet stored the finest publications of each of the over seventy planets’ cultures. With time, the Capital was moved and this planet was slowly abandoned, the billions of echoing footsteps that once trod it fading away. Street and Smith is a wealthy, solitary young man and a bibliophile. It was only natural for him to purchase the entire library when it went on sale. As the last of the previous owners’ ships took off, all was left deadly quiet, except for the constant, soft hum of machines. It was perfect for Street and Smith. He was the only soul left on this planet amongst the innumerable books which he read and cared for. Or so he thought. One day, as he was reading, he heard an odd sound, as if something had fallen on the floor. When he went to the source of the sound, he saw the translucent shape of a young woman, a ghost running her hand along the books. She vanished suddenly and Street and Smith set out to capture her and find out more.

Tom Hendricks’ Library Planet is an explosion of imagination and wonderful cultures from all the diverse planets. Street and Smith tells us about them as he travels through the library. The story is narrated by Street and Smith himself and the way he describes his actions and the sights he visits depends on his mood. For instance, when he is worried or scared, the writing tends to look like a draft of jotted ideas since he thinks quickly and mentions all his troubling thoughts. When he is relaxed, he describes the wonderful experience of reading and feeling each type of book. Not all books have pages. Some look like disks, others swim in tanks, and others are made of pictures since the language they have been written in had no words. This is a story for those who want to get lost in a planet sized library without spending too much time away from real life.

Library Planet by Tom Hendricks is a little book when one starts it. At first sight, one might feel that it will be a travelogue full of glittering descriptions of the great libraries of the world, with glimpses of the immortal works of great authors. I stepped into the book and after a page my illusions vanished. The author has shown a rare skill with words and a rare ability to capture the reader’s attention and propel him through myriad pathways by the scruff of his neck. To avoid a spoiler is difficult, but my task is made easier by the very indicative title of the book itself. Any avid reader would love to browse through a score of rooms lined with wonderful books in their original jackets. To browse through them is always an unparalleled pleasure. And that is what this book is about. A library spanning an entire planet.

Tom Hendricks lets his imagination run wild and paints a beautiful image on the blank canvas of the reader’s mind. He touches upon every person’s unbridled desires and fantasies hidden in the deep recesses of the mind, and gives them life. A delicate touch of the supernatural, a sombre aura of the deepening shadows of a futuristic science, a study of the intricacies of the delusional mind of an outcast ascetic, and a journey of exploration through the boundless knowledge of the galaxy is condensed into this amazing little novelette. Library Planet is exactly what it says it is; an outstanding look into the very core of human evolution and its repository of knowledge. I started the first page dubiously, thinking that I would run through the book in an hour or two, and finished the last page a week later with a satisfied sigh! This is a book of originality, vision, imagination and content.

In Library Planet by Tom Hendricks, with his immeasurable wealth, bibliophile Street and Smith could afford to buy anything. Because of his passion for reading, he decided to buy a library. Not just any library, but the Library Planet. A massive library where precious writings from all other planets were kept. What started out as a simple museum for all the planets' major publications had grown to be too big; it took over a whole moon. However, when conflict broke out the library came up for grabs, hence with his immense wealth, Street and Smith bought it. For years he lived alone, enjoying his solitude in the Library Planet. Then he was woken up by a strange noise; a noise that did not belong. His routine, though not boring, had been monotonous until that noise. Then off he set to see what/where the noise had come from, and that is how he discovered he was not the sole occupant of the Library Planet. Thus begins a thrilling adventure across the Library Planet. Will he succeed in the quest?

Library Planet by Tom Hendricks is a gripping mystery with a mixture of sci-fi, fantasy, suspense, and even a bit of romance. I was amazed at how Tom Hendricks managed to bring out a story so deep on so few pages. This profoundly captivating short story brilliantly comes to life through an intricate setting and a writing style that feels both philosophical and poetic, adding more edge to the thrill of reading the story of the Library Planet. The thought of being the sole occupant of a gigantic library should be eerie. Well, not if you live in the Library Planet. Creepy? Yes. Boring? No. Definitely not boring.