Of Daggers and Deception 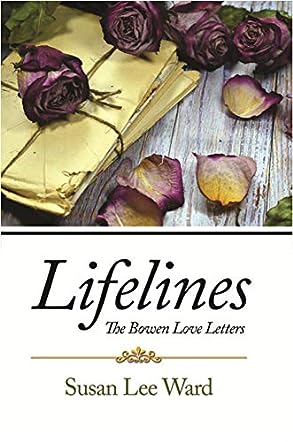 Lifelines: The Bowen Love Letters is a compilation of correspondence from Catherine “Katie” Bowen, Second Lieutenant Isaac Bowen, and a few others between themselves and their family members, chronicling a remarkably well detailed 19th-century life. The handwritten letters have been transcribed to text and arranged in chronological order by Susan Lee Ward, the great-great-granddaughter of the Bowens, and compartmentalized into five parts between 1846 and 1858, the latter being news of the youthful and adventurous couple’s premature deaths. For lives that were so short, the sheer volume of experiences they had during Isaac’s military career, war, life on the American frontier, slavery, the people they met—most of whom are legendary in their fame now, for better or worse—make Katie’s account and those whose letters also survived a true patchwork woven together with an intricate preservation of American history.

As with most non-fiction books that are comprised almost entirely of letters, I went into Lifelines: The Bowen Love Letters intrigued by its blurb but anticipating something a little boring. I’ve put that out there for others who, despite a love of history that frequently has me “fangirling,” have not always been lovers of journal-style books. Susan Lee Ward turns the tables here and has given the public a masterpiece. This book is a living, breathing time capsule and a historian’s dream. It is not easy reading these letters as a modern woman, and liking Katie isn’t something I could do. She is a modern woman of her own time, but in tune with the time she lived in, the racism is rampant and in plain sight through her own thoughts conveyed on paper. Where an evolution of outlook toward a lot does occur, nothing cancels the fundamental flaws preceding them. They owned a slave named Margaret, who she believes will fetch a higher retail price than what they bought her for after training. Known to the Bowen children as Margy, she is the most intriguing person among letters bursting with familiar names. It is so rare to find such a well-preserved and detailed first-hand account of the history and, my word, how fortunate I feel to have these letters land in my lap.