The Wings of Adversity Every Reason to Fail 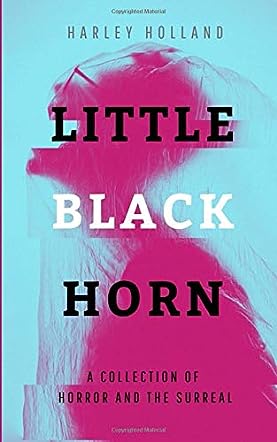 Harley Holland is the author of ‘Little Black Horn’; a collection of horror stories that explore love, dark intentions, and the malformed beasts that lurk between them.

Little Black Horn (A Collection of Short Horror Stories) by Harley Holland consists of 11 tales for fans of the genre. The Pale Moth－a story poem－starts the collection; a tale about a frail moth that longs for a dance and a flight in the snow, and the sacrifice that its family made. It’s poignant and dark at the same time. The second story, Follow Me, is about the length that a streamer goes to make sure her channel followers stay loyal; by betraying the trust of a sick friend. It does make me think about all the Youtubers today. Sadly, it’s not a surprise anymore about how unethical professional streamers can be.

A boy made an ominous deal with a voice in the ground in His Bed Of Dirt, and I had to reread Little Black Horn－which titled the collection－to make sure I wasn’t mistaken in what creature stays with a woman named Elizabeth. Not all the stories are dark or twisted though. The Witch and The Spider's Bite is a touching tale about an old woman damned by her own community for her tragic past. Meanwhile, Cimmerian glorifies manipulation which forces a man to face his own death twice, and the disturbing context of Sleeping Partners ends the collection. Each story has its own level of vagueness, which presents its own kind of challenge, but clearly shows Holland’s skill as an imaginative storyteller. The collection gives readers a solid spread of content, tone, and characters. Physical and psychological horror, betrayal, exploitation and many more potent themes make Holland’s Little Black Horn a worthwhile read.