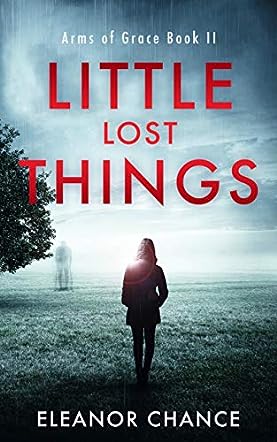 Eleanor Chance is a writer of award-winning suspense, thriller, and historical women's fiction. She cherishes books that influence her writing and her life. She hopes to create the same experience for readers and thrives on crafting tales of everyday superheroes. Her debut novel, Arms of Grace is a finalist in consideration for production by Wind Dancer Films, a silver medalist in the Readers’ Favorite Awards, and a recipient of the B.R.A.G. Medallion. She also writes under the pen name E.A. Chance.

Eleanor has traveled the world and lived in five different countries. She currently resides in the Williamsburg, Virginia area with her husband and is the proud mother of four grown sons and Nana to one amazing grand-darling.

Despite being disabled, Johnny behaves like a typical teenage boy in Little Lost Things by Eleanor Chance. Johnny and his mother, Grace, butt heads about everything as Johnny yearns for independence. Johnny has had enough and walks out when he discovers that Grace has been keeping secrets about his past. Grace’s husband and members of the extended family have tried to convince Grace to tell Johnny about his history but she keeps putting it off, trying to protect him from the disturbing facts of his first two years of life. When Johnny runs away, he is ignorant of the danger he is in and runs right into the arms of the woman who kidnapped him on the day he was born. The nightmare begins for his family and friends as the FBI tries to find and rescue him. Johnny lives a nightmare as well as he gets to know the deranged kidnapper who claims to be his real mother.

I could not put this book down. Little Lost Things: Arms of Grace Book II by Eleanor Chance kept me entranced with its twists, turns, and near misses during the FBI investigation. The book has many characters, all of them very real and sympathetic, and the conflicts between them are relatable. Eleanor Chance has done a magnificent job with this kidnap thriller full of human relationships, conflict and resolution, obstacles and perseverance. The insights into the life of a teenager with physical challenges add power to the story as does the love and connection within this family.