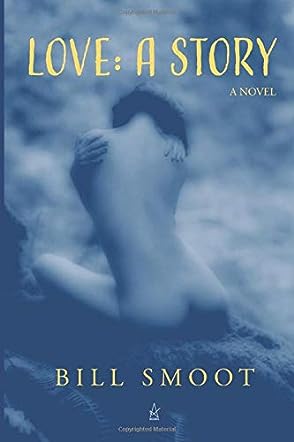 I picked Love: A Story by Bill Smoot because in the description it is likened to the works of Milan Kundera. If anyone has ever read The Unbearable Lightness of Being, then they will adore this story. Michael, a prep school teacher, met his wife, Leanna, five years earlier. He was thirty-nine then, and she was twenty-five, a graduate student in chemistry at Berkeley, modeling on the side, and he hired her as a nude model for a photoshoot. This book tells their love story and Michael’s determination to make their marriage work, even though friends at the wedding were worried about their age difference. Each of them has something of their past they wish to heal or revive. With the choices they make and the differences they have, can they make it work?

Love: A Story is a simple story that is beautifully told, and as readers read familiar scenes, they are pulled into the psyche of the characters and compelled to reflect on their humanity, their experience of love, and the enigmas that life brings along the way. The opening chapter contains a symbolic moment as, when driving, Michael almost hits a runaway stroller. The stroller becomes a powerful symbol of fatherhood for him, especially given the fact that his wife was contemplating having a child. Although it was an empty stroller, Michael would think of it as a moment of revelation, the moment of his calling to become a father. Bill Smoot’s use of symbolism is telling. Michael has a unique love for photography, and the ability to capture images in a darkened room reveals a lot about his inner world. The writing is strong and the story is a philosophical narrative that entertains while remaining thought-provoking. At times, it reads like a commentary on love and human nature. Readers will love the way the author explores the inner worlds of the characters. Love: A Story is a clever, textured, and compelling story filled with realism.