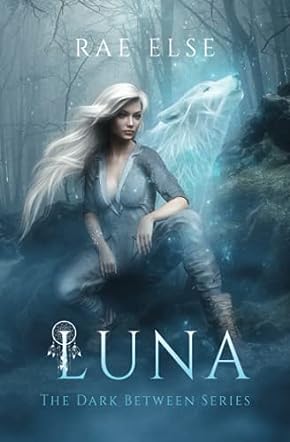 Luna by Rae Else is the first book in the Dark Between series. Jess has spent her life in foster care, bouncing from one home to another with various rage blackouts on her record. She deals with her violent tendencies through various means but spends a significant amount of time staying away from people. Then one night everything changes. Suddenly, Jess is thrust into a world of the paranormal where she discovers the source of her rage and that she's been accused of murder. She's facing time in Triodia Penitentiary where she discovers what it means to be para in this new reality, forms an alliance with the other inmates, devises a plan to escape, and uncovers the truth about what really happened that night.

Rae Else weaves a paranormal twist into a real-world setting, exploring themes related to anger problems, foster care, juvenile detention, and the baggage people carry. Through the voice of Jess, Else has provided a refreshing twist on the werewolf story and the coming-of-age journey. It's a journey that has some mystery, suspense, action, humor, and discovery which is set against the backdrop of a paranormal penitentiary. The paranormal world has strict rules which are seen up close through the various inmates. Each character adds strength to the world that Else has created and draws you in through them. Else creates a new take on the fairy courts, werewolves, and vampires with elements such as the Changeling Program, the different prejudices, and the issues between the Remus and Romulus clans.

A subtle real-world commentary can be seen in this world through characters like Raine who shrugs off her plea of innocence, the prejudices of the Triodia against various para like vampires who they view as a scourge, and the Changeling Program that switches children and works to create better soldiers. Despite the penitentiary background, Jess is given an opportunity to learn how to control what she is and get answers that help her discover who she really is. Luna is engaging, humorous, suspenseful, and emotional, taking one girl from foster care into a paranormal world on a journey of finding herself.