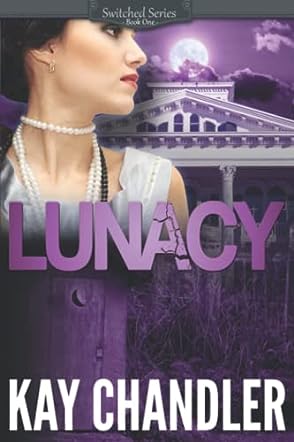 The South has a history of injustices. I know them well. I was born and reared in lower Alabama. Our history is tainted with ugliness. But there's an old saying that "nothing has ever been sliced so thin that it doesn't have two sides." I come from a long line of good, Christian church goers--and also from a line of backwoodsy, redneck moonshiners. The haves. And the have-nots. My two grandmothers had very different views of life during the Depression years. Both have shaped my life, and the seeds passed down have helped shape my novels. My mother was a city girl who in 1935 fell in love with the son of a tenant farmer--a man who retold the same stories countless times and yet I never tired of hearing them. The seeds fell on fertile soil. They've taken root and I'm now seeing them spring forth in the lives of my characters. I hope you enjoy these Southern Secrets.

Lunacy is a story of the South during the 1930s, a story of love, a story of faith, and a story that is very well written. Harper has lived an easy life at Nine Gables in the lap of luxury, but without the love of her mother, Ophelia. Veezie was poor, living in Goose Hollow with her brothers and sister, Jim, Lucas and Callie. Ophelia believed her unborn child was going to be born with a mental illness and paid the midwife to switch her for another baby being born at the same time. Twenty-one years passed and Ophelia discovered her biological daughter is well and living. She died and left a very unusual will – she wanted to have the baby she gave up, Veezie, move into her home and receive all of her wealth, and send Harper to live in Goose Hollow with nothing but a $500 inheritance. The girls change places and begin their new lives. Dr. Flint McCall is the love interest and enemy of Harper as she struggles to adjust to her new life. She meets and immediately wants to take care of Jim, Lucas and Callie, causing great pain to Flint who has taken care of them as his own. All the while, Veezie is struggling to live as a respectable and rich young woman.

I really liked Lunacy and cannot wait for the continuation of the story in Unwed. Kay Chandler has captured the southern traditions perfectly and created characters that were impossible not to cheer for. There was just enough of all the elements - Christianity, love, misunderstandings, history and charm - keeping me as a captive audience and making it difficult to stop reading until I reached the very last joyful page.