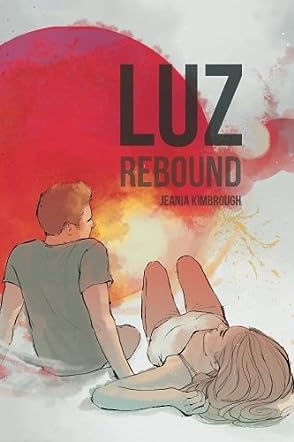 Luz, Rebound is a young adult romance written by Jeania Kimbrough. Kara Jagger's back from her exchange year in Tasmania and Australia. Trinity, the small preparatory school she boards at, feels strange and different now. Ryan, her best friend and ex-boyfriend, won't even look at her when she smiles and says hello, and his relationship with his possessive new girlfriend, Christie, is really out there. There shouldn't be any ill feelings since she broke up with him before she went away, but losing his friendship hurts more than she thought. The exchange program counsels the returning students on what they call rebound, and how their old lives would seem strangely different when they came home. Knowing what it is hasn't really helped Kara much, but she comes to realize that not only she, but her friends and everyone else, has changed during her absence as well.

Jeania Kimbrough's young adult coming of age novel, Luz, Rebound, is intense and compelling. Kara's world is different now, and it's hard for her to understand that it's not something she can really control. Watching her go through the moves at a school that suddenly seems strange and otherworldly made me wince with sympathy for her. As she learns to accept the pain and misadventures that accompanied her year abroad, the reader gets to see Kara grow and come of age. Her instincts at first are those of an immature girl-child, and it's good to see how she loses that preconception of herself as the center of the world and starts to care for others. Ryan is a great foil for her, but there are so many marvelous characters in this book: Kara's English and Spanish teachers, her friends Kelli and Nic, and Ben, the young doctor in Australia who still calls. We see the seniors as the time hurtles towards graduation day and feel involved in what's happening to them as each day passes. Luz, Rebound is absorbing and intense, and I had a grand time reading it. It's highly recommended.