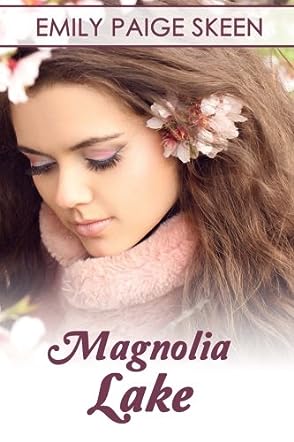 Magnolia Lake is a novel written by Emily Paige Skeen. Seventeen-year-old Cora Stephens is the cheerleading squad captain at Davis High, situated in the southern parts of Georgia. Having dated the school’s quarterback, Jeff Colton for the past two years, she thought she had it all. That changed the day she caught Jeff cheating on her with one of her closest friends. After breaking it off with Jeff, Cora’s former boyfriend and best friend, Landon Jester, stands by her side, supporting her through the grief. The arrival of a new neighbor, Rex, leaves Cora smitten, much to Landon’s dismay. After a huge fight, Cora and Landon stop talking, but things quickly change when Cora realizes how much she misses her best friend. Jeff’s constant flirting with girls in an attempt to make Cora jealous falls flat, but he becomes infuriated when he realizes that Cora truly is no longer in love with him. Suddenly he becomes her stalker, abuser, and much worse, determined that if he cannot have her, nobody can. Her eighteenth birthday is not far away, but whether she lives that long is another matter altogether.

Never has a book pulled me in so many different directions before. Magnolia Lake made me laugh in many places, while also making me gasp with shock while shedding shed a tear. Emily Paige Skeen’s tale reached from one extreme to the other, starting with the life of a princess and ending in a girl’s worst nightmare. It was wonderful to see the world through Cora’s eyes and I was able to connect easily with each of the characters, with Jeff being the obvious exception. I very much enjoyed this book and recommend Magnolia Lake to teenage and adult readers who enjoy a great romance, served with a side of action, drama, comedy ... and real life social issues which pack a punch.