The Life of Ideas

Man and the Machine 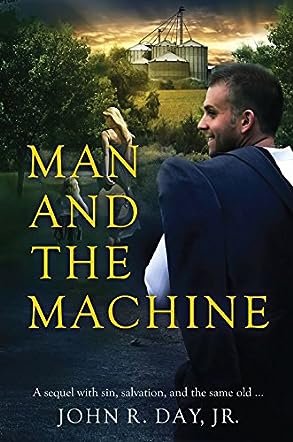 Man and the Machine: A Sequel with Sin, Salvation, and the Same Old... by John R. Day Jr. is a realistic fiction novel which continues the story of Tate Daniels, a Congressman and a loving husband, father, and grandfather from rural Michigan. As the story opens, Tate is home, happy to be in the bosom of his family while he recovers from a gunshot wound. However, his interlude will soon prove anything but restful as fires, explosions, espionage, and a stalker enter the scene. The shooter, Jordan Heller, is the young son of a friend who has become involved with an ultra-conservative right-wing survivalist church with its own militia. Jordan is hiding in Thailand with missionaries, enjoying a vacation-like lifestyle before he begins missionary work. But, his thoughts are far from heavenly. He sneaks away to Bangkok to sew some wild oats, is nearly killed, and is kidnapped by crime lords intent on using him for their gain.

In Man and the Machine, Day provides an enthralling story. The narrative showcases Day’s consummate skill at using dialog to develop character and plot. His writing style is entertaining, suspenseful, and engaging. The reader faces a cast of interesting characters and a plot with twists, turns, surprises, and splashes of humor along the way. I enjoyed getting to know Tate, his close friends, and his family. Although this is a sequel, you don’t need to read the prequel, but don’t be surprised if you want to do just that. If Man and the Machine is your first book by Day, you won’t want it to be the last.