The Age of Influence 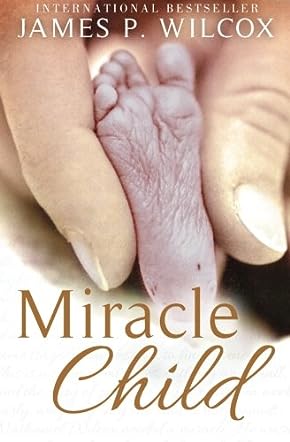 James Wilcox, a former newspaper photographer and writer, is currently a high school social studies teacher in Kansas City, where is lives with his wife and three children. James is also the author of novels Sex, Lies, and the Classroom and The M-16 Agenda, as well as a work of poetry titled Musings of a Particular Bear: A Poetry Collection. James is currently working on his third novel. Miracle Child is James's first non-fiction book.

A seemingly uneventful pregnancy turned otherwise when Mary Wilcox’s water broke at twenty-four weeks. Despite all the efforts by the doctors and nurses, they could not prevent the early delivery of Nathaniel who was born weighing merely 688 grams. Narrated from a father’s point of view, the book recounts the battles that Nathaniel fought from the moment he was born. His premature delivery came with an onset of complications that required multiple surgeries and treatments over the course of five months. While Nathaniel was fighting for his life, James and Mary were also struggling to survive the emotional and physical exhaustion brought about by the series of good and bad news coming from the doctors. The couple tried to keep their lives normal and put on a brave face for the sake of their other son Ian while juggling their work responsibilities to make ends meet.

A moving story of victories and defeat, “Miracle Child” is a testament to the tenacity of the human spirit. Having a premature baby myself, I know how difficult the journey was for James and Mary. Nathaniel’s life was faith in action. James knew that having faith in God and trusting Him was something they all needed to do if they were to surpass this ordeal as a family. Apart from the unbelievable strength that James and Mary showed, I was also encouraged by the support they received from their families and their community. People went out of their way to bring food, clean their home, and bring many little things that helped the Wilcox family in their most trying times. Nathaniel’s story will make any reader appreciate the miracles life has to offer whether big or small.