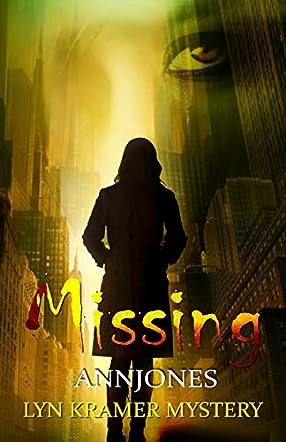 In Missing by author Ann Jones, the story introduces us to Lyn Kramer, a detective on the police force in the small town of Elm Grove, Kansas. The story begins when Lyn and her new partner, Jud Hughes, are confronted with a missing person case involving a school teacher, Melissa Farnsworth. Jud detects a strange reaction when the woman's picture is presented during the investigation, not only from her husband, Gary, but also from Detective Kramer. Pieces rapidly begin to fall into place when it is revealed that Melissa Farnsworth is actually Lyn Kramer's long-lost twin sister. Years ago, following the death of their parents, the two girls had been separated. Lyn had remained in Elm Grove, to be raised by her father's parents. She still lives with her grandfather, Pops, a retired police officer. Melissa was taken in by her mother's family and, having moved away, it's been years since the sisters have had any contact with one another.

Missing is a tightly paced story, as we follow the two detectives on their quest not only for the woman who has mysteriously disappeared, but for the missing pieces in Lyn's life. Descriptions are short and, in some places, practically non-existent, which propels the story forward and leaves much to the imagination as we ponder over the long-lost secrets of the two women's lives. The story is a quick read, with convincing dialogue and short scenes, and is a welcome change of pace from the typical cop story of shootings and car chases. And yes, there is a romantic element as well, as Lyn and Jud find themselves drawing closer together during the course of the investigation. This is an enjoyable, believable story, especially when one considers this is the first work from Ann Jones. I look forward to more of the same in the future.