From the Summer of Love to the Valley of the Moon 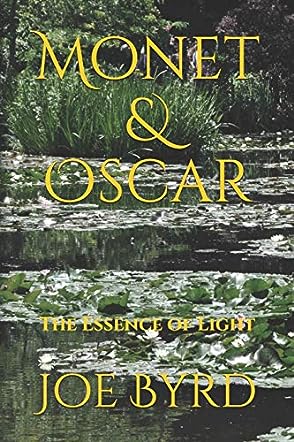 Joe Byrd's BS in Journalism and MA in Communications degrees inspired him to become a pioneer in electronic publishing. As a McGraw-Hill editor, he developed one of the first computer publishing systems. In the rapidly developing PC software industry, he co-authored one of his two books using PC desktop publishing software, the first for a major publishing house. He developed the first technical support website in the software industry. In his fifty-year career, he published magazines, wrote research reports, and developed conferences in the US and Europe for the digital photography industry. He launched one of the first digital photography dot coms. This is his first novel.

After fighting in World War I and suffering significant war wounds, American soldier Oscar decides to remain in France to search for his mysterious Impressionist artist father. His mother, who died while he was at war, never revealed much, but Oscar is following what few leads he has. He inherited his passion for gardens and gardening from his mother, so he accepts a position working for the Impressionist artist Claude Monet, another gardener of sorts, one who paints enormous canvases of garden scenes. At the artist’s world-famous Giverny estate, Oscar makes connections with Monet and his family, friends, and fellow artists. In the midst of his research, convinced that Monet is his father, Oscar finds romance and the mystery that kept him in France unravels as the gardens he tends flourish once again in their unmistakable glory, for Oscar, the gardener, is also an artist.

Joe Byrd’s historical fiction novel, Monet & Oscar: The Essence of Light, is a passionate look at the early twentieth-century, post-World War I era. The author has taken the life of a famous Impressionist artist, and woven a tale of mystery and intrigue, and, yes, romance, too, into an epic tale much like Irving Stone’s novels about Vincent Van Gogh and Michelangelo. The dialogue and descriptive narrative are both powerful and insightful and the reader is instantly drawn into the story, following Oscar’s journey to find his place in both Monet’s garden and Monet’s life. Although Oscar is a fictional character, he is revealed with such accurate attention to detail; certainly, Monet’s numerous affairs must have resulted in unwanted, unknown offspring. The author is well learned in this historic era and specifically in the art and artists of the early twentieth century. This story is definitely a classic!