Life of a Firefly 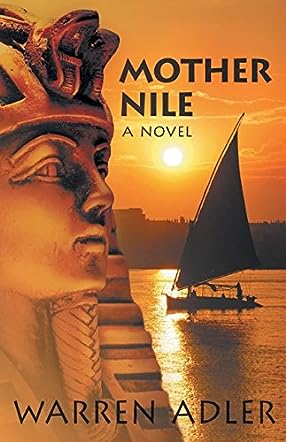 Warren Adler is the acclaimed author of The War of the Roses, a masterpiece of macabre divorce adapted into the BAFTA and Golden Globe-nominated hit film starring Danny DeVito, Michael Douglas and Kathleen Turner. Adler has also optioned and sold film rights for a number of his works, including Random Hearts and Private Lies. Adler's works have been translated into more than 25 languages, including his staged version of The War of the Roses, which has opened to spectacular reviews worldwide. Adler has taught creative writing seminars at New York University and has lectured on creative writing, film and television adaptation, and electronic publishing. He currently has a number of film/TV adaptations in various stages of development with Grey Eagle Films including The Children of the Roses. You can read more about Adler's latest film/TV developments here: http://www.greyeaglefilms.com/grey-eagle-films/

If you are unfamiliar with the author Warren Adler, as I was, don't hesitate to pick up Mother Nile. Mr. Adler is an incredible writer and Mother Nile is an utterly engrossing story. How engrossing? In my eagerness to learn how the book ended, oblivious to the mosquitoes feasting on me after sunset, I turned the pages of that last chapter holding my breath. It was completely dark outside when I finished. What a read!

Like most of Warren Adler's novels...there are over 50 of them...this one deals with intimate human relationships. Set primarily in the Cairo of today, a young man, Si, short for Osiris, is consumed by the need to find out what happened to a sister he didn't know he had, Isis. Do those names ring a bell? It might if you ever studied myths. Osiris, an Egyptian god, (who was eventually murdered by his jealous brother) married his sister, Isis. But fear not. Mother Nile isn’t about incest. It’s about the love of a son for his mother, who tells him of Isis’ existence on her death bed. In his journey to discover the truth behind what happened to his sister, Si comes close to losing his own life and that of a female companion, Samya, with whom he falls in love. Si’s search for the truth brings about the deaths of many who help him find it, the last thing he expected or wanted. With so much loss of life, by the time his search is over, he questions why he ever began. Does he find Isis? To tell you would spoil your enjoyment of this marvellous story.

Mother Nile unfolds through the eyes of Si, the voice of his mother, Farrah, and the revenge filled mind of the man she spurned, Zakki. When Zakki met Si’s mother, a beautiful belly dancer, he was the right hand man of King Farouk…yes, the real life king of Egypt who was eventually overthrown and lived in exile in Italy. Zakki brings Farrah to Farouk as his temporary whore. When Farouk tosses her aside, she is pregnant with his child, Isis. The dark and frightening Zakki claims Farrah for his own, but she despises him. When Zakki separates her from her baby, Isis, the grieving Farrah disappears, never to be seen by him, or her child again. And therein lies the mystery that propels Mother Nile to its dramatic conclusion.

I was so impressed by this book, I had to research Warren Adler. Readers might be familiar with his book which became a movie, The War of the Roses. Adler, now 88 years old, is still going strong, and was one of the first authors to embrace the opportunity to self-publish his books. Today, he has built up nothing short of an empire in his achievements. It’s worth looking him up to read about all he has done. Way too much to list here. A final word on Mother Nile: it’s not for the squeamish. There’s a lot of real life ugliness in this book, much of it centred on child and female sexual abuse. The descriptions of the rotten hand dealt to women in Farouk’s Egypt make one bristle. But those of us who aren’t afraid of the truth know that what we read in Mother Nile is sadly still very much alive and thriving today in every culture and society. Mother Nile is an awesome read.

The book MOTHER NILE written by Warren Adler is a story of Present time Egypt and the life of a woman who became the paramour to King Farouk and how her life changed after the meeting. Of Farouks excessive behavior, and his procurer.
The life of a Egyptian female in these times and in the past leaves very much to be desired. MOTHER NILE is a well researched novel and Mr Adler did well in telling of this story, of the acceptance of the life styles of many people involved and the love that can occur. The mother of a son Osiris, named after a Egyptian God and of his sister, Isis, a Egyptian Goddess. Upon the mothers death bead The son learns he has a sister named Isis somewhere in Egypt. The Son leave college(not finishing his finals) and goes to Egypt to learn about his mothers life and to attempt to find his sister Isis. This is a very well written story of the oppressive life of people in Egypt, the common people, and of the Power of a King and his procurer. Mr. Adler did a marvelous job of telling the ins and outs of a extremely complicated and heartless group of people. The journey of the mother (Farrah) and then of her son Osiris and the life of (daughter & sister)Isis is remarkable.
The life of the common Egyptian is shocking and seems to be as the way Syrians, Iranian, Pakistanians and Arab exist. Knowing that this type of morality exist in such a large amount of people is horrific.
Mother Nile is a book well worth reading and also is a insight as how other people live/exist.