The Killer on the Heath His Lady of Mistletoe Wisdom from the Wild The Legend of Koji Let Me Be Me All Man All Amazing 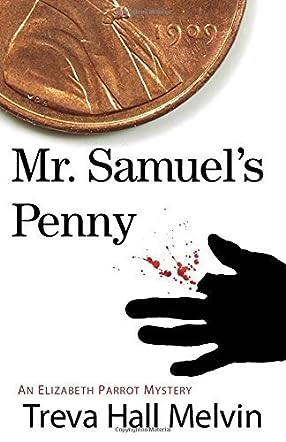 Mr. Samuel's Penny by Treva Melvin is a wonderful coming-of-age mystery about a young Black, New York teen who goes to spend the summer with an aunt and uncle in Ahoskie, North Carolina. Young Elizabeth Landers is a city girl who has celebrated her fourteenth birthday and yet, she has no clue as to who she really is. She is exposed to Southern tradition in the 1960s where she begins to get an understanding of her true heritage. She is witness to a tragedy in which a man drives off a bridge with his infant daughter inside the car. Both drowned, leaving the widow, Ms. Violet, to cope with the premature deaths of her husband and daughter. Elizabeth knows nothing about death and dying and she knows precious little about what it is like to be a Black woman. She is initially frightened of Mr. Jake, the white owner of the local grocery store, but her frequent interactions with him prove to be a life lesson Elizabeth will not soon forget. The deceased man clutched a penny in his hand which was found when the damaged car was pulled from the river. But the penny mysteriously disappeared, and it was a very special penny indeed. Elizabeth is determined to get the penny to the grieving widow so she sets out on a hunt that forces her into new and exciting horizons.

This is a beautifully conceptualized and developed novel. It is poignant and has very strong characters. Mr. Samuel's Penny offers readers strong characterizations and a plot that literally springs to life as one character after another helps Elizabeth along the learning curve of life. Elizabeth gets far more than she bargained for in Ahoskie, including a strong introduction to interracial acceptance. I loved author Melvin's wonderful characters. No matter your age, they have a lot to teach us all.