Life Goes On No Matter What 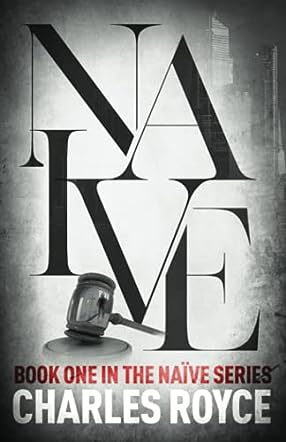 Charles Royce grew up on the banks of the Mississippi River. From childhood, he has always been an avid reader, devouring hundreds of books through elementary school and well in high school. He wrote his first "novel" at age 10.

From there, much like the characters in his current and upcoming novels, his life has evolved to being comfortable in the inherent duality of the human experience. He describes it like this:

"My own life experience reminds me that the characters in my novel Naive inhabit a world I know all too well--where superficiality meets authenticity, where shadow meets light. For example, I've written double-platinum, Dove Award nominated, number-one songs for the Christian music industry, then I began drowning my demons in alcohol and drugs (I've been sober now since 2006). I've worked as creative director for an major entertainment publication in LA, even opened an advertising agency in NYC, then I gave it all up to open a small southern bakery in my hometown. Most recently I've studied mental health diagnosis and counseling in a master's degree program, then I wrote Naïve, a novel where the protagonist may or may not be a psychopath. Currently I am a freelance creative director residing in Nashville with my partner of 5 years, who used to love me unconditionally. Then he read Naïve. Now he sleeps with one eye open."

A man must prove his innocence when his husband is brutally murdered in the breathtaking suspense novel Naive by Charles Royce. Suspected of his husband Lennox's murder, Micah is arrested. The police believe they have a strong case against him, including a weak confession from Micah. Bound over for trial, Shawn, Lennox's close friend, is defending him. Looking into the circumstances and people in Lennox's life, Shawn discovers some inconsistent aspects and details coinciding with Lennox's death. Although a recovering heroin addict of eight years, drugs are uncovered in Lennox's possessions. A concealed video camera is discovered at the crime scene, but no one can gain access to the images recorded. Elan, the company Lennox worked for, is appearing unscrupulous. While Lennox is being murdered, across town another Elan employee is shot and killed. After his death, they threaten his former assistant with a non-disclosure agreement. The further Shawn investigates, the more the mystery deepens, and yet nothing exonerates Micah. Meanwhile, the District Attorney ignores these irregular points and centers on Micah's jealousy. Who killed Lennox? Was it Micah, or someone hidden in the shadows of Lennox's life?

This tense and suspenseful murder mystery novel, Naive by Charles Royce, is a thrilling masterpiece. The dramatic elements of infidelity, jealousy, riveting courtroom scenes, and a devastated husband accused of murder, creates a spectacular and spellbinding plot. Brilliantly written, the story opens with a grisly heartbreaking scene, and cleverly builds to a startling and electrifying conclusion. The intricately woven plot is so complex, it wasn't until I read the last word that everything fell into place. When I reached the last page, I was completely blown away! This is a fantastic story, and I can't recommend the book enough. It is a phenomenal suspense novel that will captivate everyone who relishes murder mysteries with a twist.