Hidden Behind the Robe The Coward of Grimsby A Matchbox Full of Pearls 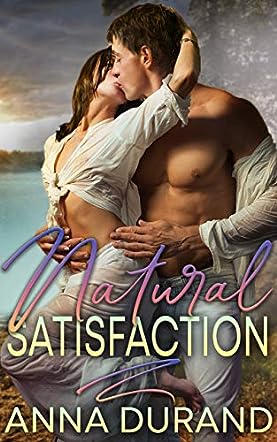 Anna Durand is a bestselling, multi-award-winning author of contemporary and paranormal romance. Her books have earned bestseller status on every major retailer and wonderful reviews from readers around the world. But that’s the boring spiel. Here are some really cool things you want to know about Anna!

Born on Lackland Air Force Base in Texas, Anna grew up moving here, there, and everywhere thanks to her dad’s job as an instructor pilot. She’s lived in Texas (twice), Mississippi, California (twice), Michigan (twice), and Alaska—and now Ohio.

As for her writing, Anna has always made up stories in her head, but she didn’t write them down until her teen years. Those first awful books went into the trash can a few years later, though she learned a lot from those stories. Eventually, she would pen her first romance novel, the paranormal romance Willpower, and she’s never looked back since.

Want even more details about Anna? Get access to her extended bio when you subscribe to her newsletter and download the free bonus ebook, Hot Scots Confidential. You’ll also get hot deleted scenes, character interviews, fun facts, and more including audio bonus chapters!

Natural Satisfaction (Au Naturel Trilogy Book 3) by Anna Durand is a sexy romantic comedy made for immersion. Immerse yourself in the third offering of the Au Naturel Trilogy, and meet the main character Heidi, who is returning to a nudist resort wearing clothes, to make a fresh start of things and sort out what went wrong with a string of bad relationships. She's intent on keeping a pledge to reconnect with herself and ban sex for a while, but it's kind of hard with gorgeous, charismatic Damian around. She's in the midst of Ollie, a guy she came on to here before, without realizing he was already spoken for. His girlfriend is here with him, and some of her friends. Heidi just wants to take it easy for a while, but there is more to Damian than his playboy ways. He's actually very charming and attentive underneath his Romeo exterior, so what's a girl to do? She tries to behave herself amidst all the temptations, but will it work?

This is a fun, steamy romance novel with more going for it than the usual formula. Durand has intelligently created depth to her characters, realistic conflicts, and situations that can be fun but also sweet and revealing. I like that the characters are constantly growing and changing and that they have some insight into their lives and behaviors. These aren't cardboard characters, but individuals, well-crafted people that you could know in life, dealing with relationship issues and adult themes. I like Heidi and Damian the best because there are layers to them, and they aren't what they seem on the surface. The author's style is breezy and rhythmic, the dialogue is natural, moving the story along nicely, and I really appreciate the descriptions of the characters' looks and clothing, which some authors avoid. Durand definitely brings the characters to life. Natural Satisfaction (Au Naturel Trilogy Book 3) by Anna Durand is the perfect choice if you're looking for something unique in a steamy romance.