When I Grow Up I Want to Be a Chair Do I Know You 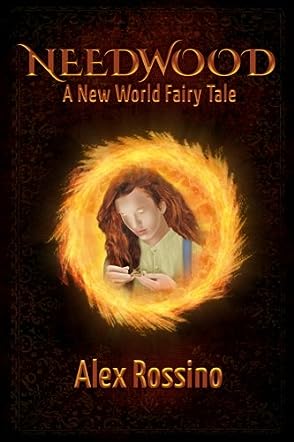 There is evil afoot in Needwood Forest. It’s not the faeries attacking the woodcutters who invade their space. No, it’s another evil magical being, Lilith, a Sirachim, someone who should be kind, considerate, compassionate and caring, but has sadly turned her magic to create evil and to summon the darkest of beings from the underworld to destroy the humans of Needwood Village. Why? Because they dare to invade her space, her forest, and she wants them gone. But worse, Lilith wants to control everything and everyone in this world, including her Sirachim sisters, Fiona and Madelyne. She poisons Madelyne, hating her intensely for leaving the forest to marry a human, but little does Lilith know that Madelyne had a baby girl, Savvy (or Savilla), who, at thirteen, is becoming a power to be reckoned with. Needwood Forest has been threatened for centuries by human intervention. Trees have been cut down for lumber, to build locally as well as to sell to other communities, until there is little left of the forest. And Lilith is determined to keep what little is left free of human invasion.

Alex Rossino’s fantasy novel, Needwood: A New World Fairy Tale, is exactly what its subtitle suggests: a fairy tale. Like all of the classic fairy tales, this one comes with a lesson embedded in the conflict of good versus evil. The lesson is one that is written in many fairy tales and narratives, one that we just don’t heed enough. It is a lesson of conservation and caring for our environment, particularly our forests. While this fairy tale takes a New World colony struggling to make a living, depending on the land and forests around it for their livelihood, the plot, compelling and riveting, takes the reader on a fast-paced journey through the forest itself, where trees are respected as living beings that think, feel and speak, and there is magic, good and evil, that strives to protect this sacred space. A beautiful tale, beautifully written, beautifully told. A must-read for people of all ages.