A Christmas Miracle at Ground Zero 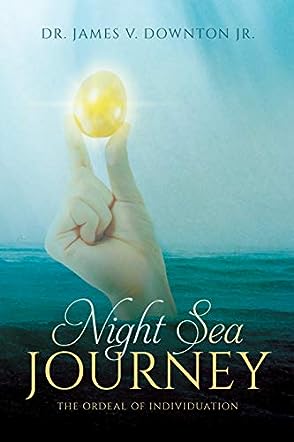 Jim is a teacher, author, and artist. Before retiring as a Full Professor from the University of Colorado, Boulder, in 2004, he had taught at the college level for thirty-nine years. At CU, he taught courses in sociology, personal development, and creativity. He also presented workshops for faculty and graduate students on creative teaching. His creative approach to teaching earned him the Faculty Teaching Excellence Award, the Student/Alumni Teaching Excellence Award, and the Graduate Teacher Program's "The Best Should Teach Award." His teaching is in harmony with his four life purposes: To help people increase their happiness, creativity, and wisdom, and to do all those things for himself.

Jim was led to write "Night Sea Journey: The Ordeal of Individuation" for three reasons: To help people understand that the difficult journey he endured could happen to anyone under the right conditions; To help people who are in the midst of this dramatic transformation by giving them a way to understand their experience and giving them hope of a positive outcome; and to help Jungian Analysts understand the dramatic form that individuation can take so they are prepared to help a client going through the ordeal.

Individuation is a term that was used by Carl Jung to describe the process of unifying the conscious and subconscious minds, producing a psychologically integrated and balanced personality. Identical conditions or spiritual awakenings are recognised in many religions and cultures under a variety of names. It is known as Kundalini in the Indian sub-continent and, in the West, is probably what forms the basis of Gnosticism and Esotericism. It is a condition that can be brought on spontaneously as a result of deep meditation. Night Sea Journey by James V. Downton is subtitled ‘The Ordeal of Individuation’ and ‘Ordeal’ seems to be the operative term when the author goes on to describe seven years of physical and mental tribulations whilst undergoing this process. During this time, he suffered extreme heat in the base of his spine, rising to his shoulders, loss of sleep, disorientation and reactions from his subconscious which surfaced via violent or horrific dreams.

In Indian culture those undergoing Kundalini are helped by an experienced guide, but as an American university lecturer, James Downton was unable to avail himself of the services of a guru, and Jungian analysis also proved to be of little help. As a result, he underwent this transformative process virtually alone, helped only by books and writings which he managed to source on the subject. Towards the end of the period, however, he started to experience episodes of what he describes as ‘ecstasy’, and finally emerged unscathed, his spiritual awakening complete and his psyche in balance. At the end of the book, he describes his new view of daily life and the various techniques he has developed which enable him to maintain a peaceful, balanced outlook. The book also includes further reading suggestions for those interested in the subject.

Interested in the work and ideas of Carl Jung, I was intrigued by this book and found it an enlightening, if sometimes scary, view of a process that very few individuals undergo. I had very little knowledge of Individuation and imagined the process of Kundalini to be one of peace and tranquility as the individual advanced towards enlightenment. I was unprepared for the harrowing tale which chronicles James Downton’s experience, but heartened by the end result and encouraged by his transformation into what appears to be a more balanced individual. The book is lucid and well-written, succinct and to the point. An excellent introduction to a subject that can take one along any number of exploratory avenues, and an interesting and absorbing work. Highly recommended.

The varied paths to enlightenment and understanding employ uniquely different vocabularies to record and reflect the transformative experience. What makes Night Sea Journey: The Ordeal of Individuation by James V. Downton, Jr. refreshingly accessible and useful is the immensely sober approach he takes in describing his own journey. Academically acquainted with the Jungian framework of the unconscious and its psychological symbols, Dr. Downton discusses his period of deep change primarily in terms of Jung’s process of individuation. This lends his book strong grounding for some notably unusual observations. However, the author is not strictly bound by this structural approach. He is also highly read in Eastern wisdom and the notion of Kundalini as an evolutionary agent. This lends his book some necessary mental space in which to breathe.

“You live in the moment, straddle the center line within yourself, and embrace doubt as a source of wisdom.” – James V. Downton, Jr.

James V. Downton, Jr.’s personal experience with individuation and Kundalini rising was intense, physically dramatic, and mentally transformative. Fortunately, as a student of Jungian analysis, he kept diary notes and dreamwork journals to document what he was undergoing, not always realizing at the time what the ultimate ramifications might be. Night Sea Journey: The Ordeal of Individuation thus speaks with present-moment urgency and authenticity, and Downton does not indulge in hyperbolic claims of spiritual mastery. If anything, he expresses genuine fear for his mental and physical well-being, which becomes the clearest motivation for a rather compact book. No one should suffer such major change without a true forerunner to consult.

Night Sea Journey: The Ordeal of Individuation is a nonfiction memoir written by James V. Downton, Jr. Downton is an author who has written books on personal growth, an artist and a teacher who has won awards for excellence and creativity in teaching. In his search of Individuation, what Carl Jung defined as a “process of achieving psychological integration and wholeness,” Downton’s psyche unleashed forces that threatened to overwhelm his entire being. He was being, in effect, torn apart and slowly reforged into a completely new person, a process that would take seven years to complete. His body felt as though it were literally on fire, and he, on more than one occasion, began to doubt his sanity. While his own professional background enabled him somewhat to understand what he was going through and take a more disparate view of it, he still was compelled to know more, to find out if others had gone through what he was experiencing. As well as confiding much of his experiences with his analyst, Downton sought guidance from a guru as he saw an equivalence between his own Night Sea Journey and the process known as Awakening the Kundalini.

In Night Sea Journey: The Ordeal of Individuation, Dr. Downton shares his recollections of the harrowing experiences that formed his Night Sea Journey. He eloquently describes a nightmarish scenario that had me wondering how many in his situation had actually become convinced that they had lost their minds and had been committed to institutions in the past. I was particularly intrigued by how he charts his voyage and gradual recovery through his dream states. The interpretations he includes of those dreams seem eerily accurate and on point with his progress. His research into awakening the Kundalini and its parallels with his own Night Sea Journey is fascinating, especially with regards to the heat which traveled up through his spine into his lungs and eventually his head, following the course of the chakras. Downton describes his ordeal vividly and succinctly, and I soon discovered that I was enjoying learning more about this curious and courageous seeker of truth and wisdom. Night Sea Journey: The Ordeal of Individuation is most highly recommended.

While the origin of the term “Night Sea Journey” is from an ancient myth, Dr. Downton uses this concept to describe his own dramatic individuation story. He utilizes Carl G. Jung’s understanding of the process of individuation as achieving psychological integration and wholeness as the purpose of his seven-year ordeal. In the nonfiction work, Night Sea Journey: The Ordeal of Individuation by James V. Downton, Jr., the experience of his healing journey is truly extraordinary. Periods of intense, terrifying disorientation were balanced with times of pure ecstasy; sharing many dreams, and the meanings of them from a Jungian perspective, were enlightening. He also adds perspectives from others, such as Gopi Krishna’s teachings on Kundalini awakening.

Dr. Downton explains that the purpose of this book is to assist others who are on a similar journey – he provides an explanation of the process, an assurance that the person is not alone, and how it can enrich a person’s life. Although this book contains esoteric concepts, the author has made them easy to comprehend. The author writes in a down-to-earth, approachable style. The reader is engaged from the first page to the last. The last chapters where he delineates the benefits of the healing process, and how he changed old thought patterns, are a great example of how this book can help anyone. James V. Downton, Jr. has shared his story in Night Sea Journey: The Ordeal of Individuation. This is a thought-provoking and enriching book!

Night Sea Journey: The Ordeal of Individuation by James V. Downton, Jr. is essentially a book about one man’s journey and exploration into the spiritual or metaphysical realm through the process of Kundalini yoga. Night Sea Journey: The Ordeal of Individuation begins with a brief background of James in which we learn about his early life and experiences. However, the rest of the book is devoted primarily to his experience he had in 1980 and later of “Kundalini awakening,” which has also been referred to as “Night Sea Journey,” and “Individuation” based on the ideas and concepts of Carl Jung. In the book, James describes his experiences, emotions, and physical and mental sensations during this period that lasted for several years, and also offers his views and insights into this process, among other things.

Night Sea Journey is an interesting book and I was curious and interested to read about what his actual experience felt like. James describes his journey in a matter-of-fact, casual way that can be understood even by a layperson who may not be familiar with these terms. The various thoughts and opinions he puts forward, along with describing the actual experiences, are useful in order to understand the mental process involved and not just the physical. I also appreciated the fact that James does not claim to have all of the answers regarding consciousness or the mysteries of the universe, and is content and honest enough to plainly state so. This is a good book for readers interested in these metaphysical subjects.