A Year in the Life of Belinda Brand The Order of the Key A powerful and emotionally-charged story of a young girl's struggle for dignity and self-worth.
by Shirley Dawson
Fiction - Drama
310 Pages
Reviewed on 01/22/2020 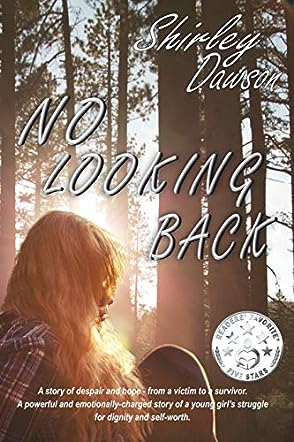 Most of my working years were spent as a secretary in a rural primary school in Norfolk, England. As the years wore on, I became restless, and knew the time had come to have a complete change of lifestyle, so my husband and I decided to retire early, and headed to a warmer climate in Spain. At the time, we never imagined how different our lives would become. The agreeable climate lent itself to a full social life and, generally, a more relaxed way of living. Suddenly, we both had time for ourselves and, always an avid reader, I started to read even more books than ever. I had a yearning to write some years before, but now I thought more seriously about it – it was now or never!

Within four years I had completed a novel which I self-published, followed by a trilogy - ‘A Twist of Fate’, ‘Destiny’s Path’ and ‘A Free Spirit’ for which I was fortunate enough to obtain the services of a publisher. A fourth novel, ‘Billy’, was published in April 2017 and ‘No Looking Back’ in November 2019.

I once read a book about a young victim of abuse which I found upsetting and alarming. I wanted to create a story which gave hope and optimism for a brighter future to those suffering from a stolen childhood,

No Looking Back: A Powerful and Emotionally-charged Story of a Young Girl's Struggle for Dignity and Self-Worth by Shirley Dawson is an inspiring story that many readers, especially women, can relate to. Josephine “Josie” Pritchard’s childhood had been punctuated by physical and verbal abuse from a father who seemed unforgiving. At first, the child thought she deserved the harsh treatment from her father until she observed that her mother suffered a similar fate. As she grew older, her belief in herself and in her worth diminished until she decided to make the painful decision that forever changed her life. In this novel, the reader follows her story of abuse, victimhood, and inner freedom as she transforms into a confident and loving woman. It is packed with lessons and tells of the reality that many people suffer in silence.

The things the protagonist experiences are painful, like the father’s meanness and his exploitation of her body as a child. The reality is captured in the story in a way that evokes pain in the reader. There are moments when I cringed, like the way he talks to his daughter. To blot out the horror, young Josie quickly learns to create fantasies in her mind. Character development is impeccable and I loved how the author portrays the emotions of the characters, especially the sense of fear that the young girl develops around her father. The psychological depth of the story is astounding and readers clearly understand how abuse can destroy the way that victims see themselves and the way they relate to others. The prose is highly descriptive and the dialogues well-written and natural. No Looking Back by Shirley Dawson is one of those books that show readers the path to breaking free, grasping their freedom from predators, and walking out, without looking back.