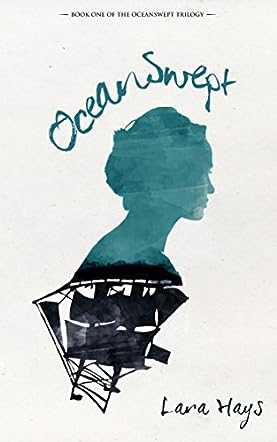 Oceanswept, the first in the Oceanswept trilogy, by Lara Hays follows 17-year-old Tessa, daughter of a newly appointed admiral in the British Navy. Because of this promotion, Tessa and her father must relocate. As they are traveling by sea, they run into a hurricane, which destroys their ship. Tessa, the only survivor, finds herself aboard a suspicious ship that apparently rescued her. Communicating solely with a man named Nicholas, she eventually realizes that she is not in the company of a ship full of sailors but pirates. She sees only misery and torture in her future, if not death, but Nicholas gives her hope. He may have a plan to keep her safe, but it comes at a risk.

I can't even fully explain how much I loved this book. This was such an incredibly written, adventurous story with the perfect amount of romance. I could not put it down. I was completely immersed in this world and in Tessa’s life that I am so sad to see it end but so excited to continue reading the series. Not only was the plot exciting and unpredictable, but the characters really made the story for me. Tessa, a privileged young woman, may seem like your average damsel in distress, but she was surprisingly brave and independent. She was completely out of her element, but she held her own and turned out to be tougher than even she expected. And Nicholas, the handsome pirate with a conscience, was protective of Tessa from the beginning. He risked so much just to keep her safe, which surprised even him and will make readers like myself fall head over heels for him right along with Tessa.

These characters came to life, thanks to the tremendous storytelling talent of author Lara Hays. There are so many layers to their relationship, which isn’t always seen in young adult novels. Tessa and Nicholas come from two very different worlds, yet they fall for each other despite their differences. While their feelings for each other may be evident, their insecurities about who they are and their pasts make them both a little hesitant, making this romance absolutely realistic. I cannot wait to read the next book. Thank you, Lara Hays, for writing Oceanswept, the beginning of a fantastic trilogy that will definitely become one of my favorites.