Dawn of The Dragon Days of Hope, Miles of Misery 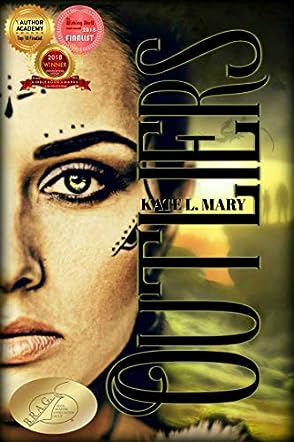 Indra was an Outlier. She was nothing, less than nothing within the city walls. For three years she had worked for Saffron, inheriting her mother's position of House Maid when her mother became too sick to work. Now it fell to her to provide for the family. She learnt quickly how to protect herself from the more horrific consequences, and in turn when her best friend Mira came to work there, she protected Mira, even at her own risk. Things were less than ideal, but they were bearable for the small wages and food they were paid. What they were given often meant the difference between life and death. But things were changing, following events that Indra felt somewhat responsible for. Bills that had previously failed were being passed to ensure the Outliers were closer to becoming slaves than the free people they were. What's more, part of it was being done 'for their own good'. Indra doesn't know what to do. This latest change will force her to sacrifice the very reason she works there, but there is no life beyond the wastelands, despite how her husband indulges in such fantasies. Could she risk trying to survive, or is the slow push into slavery her only chance?

I really enjoyed Kate L. Mary's The Outliers. Indra is an easy character to relate to; she's an over-thinker. She replays things in her mind, and shoulders the burden of things she felt she could have changed. She carries guilt and remorse with her, and through it all strives to do right as much as she dare, even at the risk of punishment. But there are some boundaries she knows better than to push, and things that, to her own pain, she keeps from Bodhi, her husband. Asa is one such secret, despite the seemingly innocent nature of their forming relationship. I found Bodhi's character really likable, especially in his attempts to help his wife grow and learn things that their way of life would normally frown upon. I found Kate L. Mary's writing style to be immersive, with enough description to build her world and environments, and enough character interactions and observations to get a real feel for the conflicts, hierarchy, and structure of the world they live in. It is certainly a strong first book, and I'll be keeping my eyes open for the next instalment.