Over The Right Field Wall 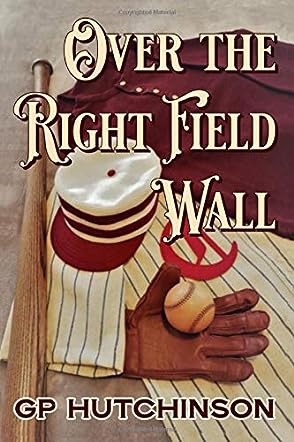 "GP Hutchinson has the gift to tell a compelling tale, enlighten you without preaching and keep you on the edge of your seat. He takes you on unexpected trails populated by flesh and blood characters of depth and substance," says TV & movie star Alex Cord.

In addition to his interest in the Old West, GP Hutchinson has been a longtime enthusiast of baseball, America's first true national pastime, a game played from coast to coast by the late 1800s. While he enjoys the game as it is played today, his most recent novels are tales of players caught up in life-and-death struggles during the early years of professional baseball. Steeped in the actual history of the game, as well as societal realities of the times, these stories feature both fictional and actual characters, teams, and leagues.

Follow Hutchinson on BookBub to receive notices about his new releases and special offers, and join his mailing list at gphutchinson.com for entertaining articles, book news, and contests.

In Over the Right Field Wall: A Yarn from the Early Innings of America’s National Pastime by G.P. Hutchinson, Rory Fitzgerald hits a home run over the fence for the first time in his baseball career. The ball lands in a very unlikely and unfortunate place that kicks off a cascade of events that change the course of the young man’s life. The setting is 1891 America during the earliest years of professional baseball and the main character is the manager and a fielder for the Richmond Elite Professional Baseball Club. While the home run wins the game against the rival Baltimore team, it also causes trouble for Rory. During its early years, professional baseball was not considered a respectable form of entertainment, especially for well-bred women. In the story, one young woman disagreed with the public sentiment and, after attending a game, becomes entangled in the aftermath of Rory’s over the right field wall homerun.

G.P. Hutchinson wrote a wonderfully interesting and romantic story in Over the Right Field Wall: A Yarn from the Early Innings of America’s National Pastime. The background story of early professional baseball entertained me as much as the plot that unfolds between the characters. Learning about how controversial professional baseball was in the early years was enjoyable. The politics of the time, including the status of women, enter into the baseball debate. The narrative is seamlessly told and characters are believable and relatable. Any reader who likes baseball, American historical fiction or a good romance story will enjoy this book.