The Couple’s Adventure – Over 200 Ideas to See, Hear, Taste, and Try in Central Florida 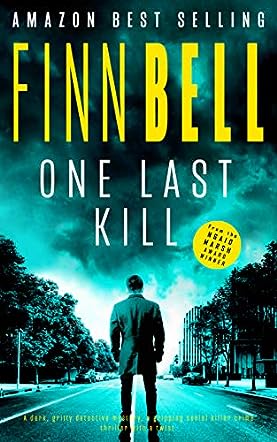 Finn Bell is an award winning, Amazon bestselling author. He lives in the far south of New Zealand where he writes full time. To find out more about him or his books visit http://www.finnbellbooks.com.

In Pancake Money by Finn Bell, Bobby Ress is a young detective who works homicide in the small city of Dunedin at the bottom of the South Island of New Zealand. He has a firm conviction of who he is and what his role is in this crazy world of good guys vs bad guys. With his more experienced partner Pollo beside him to guide him, Bobby firmly believes that what he does makes a difference. When elderly priests, who appear on the surface to be almost saintly, start turning up dead, alarm bells start ringing in Dunedin. These priests have not only been murdered, but were also tortured and died in abject misery, their bodies arranged in some sort of ritualistic representation of Catholic history. It seems that somehow the local gang, The Manga Tahu, must be involved, but why and why kill these priests so horrifically? Bobby and Pollo must solve these dreadful crimes before more people wind up dead.

When I started reading and discovered this story took place in my old hometown of Dunedin, it definitely did bring it more alive for me. The places and references made total sense to me. Pancake Money is an out and out thriller/cop mystery and does extremely well on that level alone. The tension is tight, the main characters are well-defined and the story rollicks along from one killing, one mystery, to another. It’s a hard book to put down. What I appreciated even more from Finn Bell was his attempt to examine some of the more interesting aspects of human behavior through the narrative. The author doesn’t shy away from asking and attempting to answer the big questions of good vs evil, and what makes a moral man turn to violence and even progress to insanity. I was super impressed with this book and it has opened my eyes up to another new author worth following. I particularly liked the section at the end of the book, where the author shares his own philosophy on some of these issues. It definitely made me smile. A great job by this author.