Roland's Story: Inspired By A Stroke

Roland's Story: Inspired By A Stroke All My Love, Johnny Believe in Me for I Am the Way by Beverly A. Massey 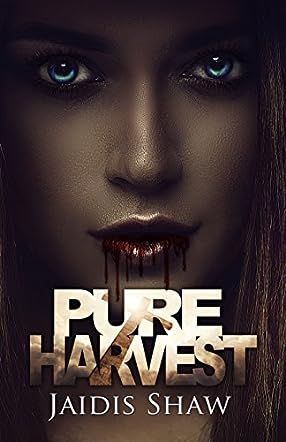 Jaidis Shaw currently resides in South Carolina with her husband and wonderful children. With a passion for reading, Jaidis can always be found surrounded by books and dreaming of new stories. She enjoys challenging herself by writing in different genres and currently has several projects in the works.

One of her main goals in life is to encourage her children to let their imaginations run wild.

Wyatt is drifting through life after his daughter is murdered by bandits. All he has now is his gun and his horse. He comes to a small town and Chuck tells him there are places where he can stay the night. Wyatt is also in time for the Harvest celebration. A young sixteen-year-old Matilda would take care of his horse. In the stable with sunlight on her, Matilda looks just like the daughter he had lost. He overhears Chuck and another man discussing that they should select someone young this time, and the man suggests Matilda. Wyatt could not believe what they actually intended to do with her.

He was prepared to ride out and leave this strange town, but Matilda looked too much like his daughter and he could not allow her to be killed. Chuck leaves and the second man is writing on slips of paper, dropping them into a box. Wyatt clubs him with his pistol and examines the papers. Each one had Matilda’s name on it. Wyatt quickly writes another name on new pieces of paper. When the gathering calls for the box, Wyatt brings it out...

With Pure Harvest, Jaidis Shaw spins a macabre tale where a town celebrates a festival by sacrificing one of their own for a ghastly purpose. This is an unusual story and very well written. I would have enjoyed more elaboration on the town’s background and the strange people in it. Nevertheless, I found Jaidis Shaw’s writing compelling and entertaining, and the ending made me smile with satisfaction!