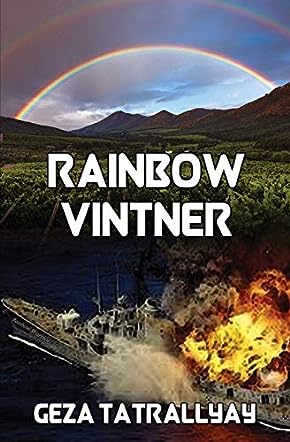 Born in Budapest, Hungary, Geza escaped with his family in 1956 during the Hungarian Revolution, immigrating to Canada the same year. He grew up in Toronto, attending the University of Toronto Schools, where he was School Captain. He graduated from Harvard University with a BA in Human Ecology in 1972 (after taking a break in his studies to work as a host in the Ontario Pavilion at Expo70 in Osaka, Japan). Geza was selected as a Rhodes Scholar from Ontario, attending Oxford University and graduating with a BA/MA in Human Sciences in 1974; he completed his studies with a MSc in Economics from London School of Economics in 1975. Geza represented Canada as an epée fencer in the 1976 Olympic Games in Montreal.

Geza’s professional experience has included government, international organizations, finance and environmental entrepreneurship. Since 2004, he has been semi-retired, managing investments mainly in the clean energy sector and devoting himself to his family and his writing. Geza is a citizen of Canada and Hungary, a green card holder with an American wife, a daughter living in San Francisco and a son in Nairobi, and currently divides his time between Barnard, Vermont, and San Francisco, with frequent visits to Toronto, Ottawa and Montreal.

Geza has had twelve books published to date – five thrillers, three memoirs, three poetry collections and one children’s picture storybook – by several different publishers. He is currently working on a short story anthology and another thriller.

Geza Tatrallyay has woven his latest novel, Rainbow Vintner, into a factual, historical background. Morgan Kenworthy, a Berkeley student studying abroad and a guest of the de Carduzac family, owners of a magnificent chateau in St. Émilion, uncovers a coup to bring down the French government. The initial investigation, led by General Tolbert, a friend of Joseph de Carduzac, points to jihadists. However, Morgan finds clues that Joseph and the general may have been involved in the "Rainbow Warrior" fiasco in 1985 and committed other heinous acts when both served in the intelligence service. As bombings, murders and mayhem bring France to its knees, Morgan and her lover, Alex, come under suspicion by Tolbert. Morgan tries to escape via Spain to the U.S. but is thwarted, while Alex is captured by Tolbert’s thugs and badly beaten. The two must now rely on their wits and whoever they can trust in order to survive.

One thing you can always count on with author Geza Tatrallyay is that his stories are well researched. In Rainbow Vintner, his in-depth knowledge of various jihadist groups, France, its police and intelligence procedures, its former colonies, its politics as well as historical events all unite to make an otherwise quite incredible story seem realistic. In the first five chapters, Tatrallyay lures the reader into a false sense of security as he benignly explores each character in the dramatis personae. Then, just as you settle into a quiet, relaxing read, there’s a change of pace so dramatic that it rattles the pages and spills your coffee on the floor: a catastrophic explosion, the assassination of a prominent figure, then it’s off to the races. From there on, the book is a page turner with sufficient intrigue to keep you guessing how it is all going to end. All of this in a well-edited package! It would be a crime if Rainbow Vintner doesn’t become a bestseller.