Veneration of the Hunter

Reflections of the Heart 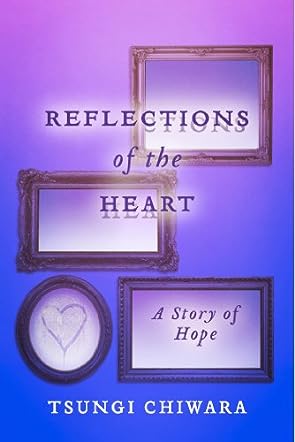 “Reflections of the Heart” by Tsungi Chiwara is a wonderfully written debut novel by this author from Zimbabwe. It is, in essence, a fictional biography of Kui, a young Zimbabwean girl, from birth up to the time she’s about to leave for college. Along the way, she goes through many of the same trials and tribulations common to all cultures, during the process of maturation. Kui was born when her country was still called Rhodesia, but after a successful revolution, the people renamed the country Zimbabwe. Not long after, laws were passed which allowed black Zimbabweans to live in “white” neighborhoods. Because both her parents held good jobs, Kui’s family was one of the first to move into a very nice house with a swimming pool, in what had been an exclusively white neighborhood. The first half of this book tells of Kui’s early years. The second half focuses on the influence her aunt had on her, in learning about God and Jesus, and becoming a Christian. I thought the entire interplay between Kui and her aunt was perfectly Biblical. Everything her aunt taught her was straight out of the Bible, and her eventual conversion to Christianity was also Biblically correct.

“Reflections of the Heart” is a story that many people will find easy to read. Indeed, I expect this book will lead quite a few people to Christ, because of the total lack of “in your face Bible thumping”. Instead, this is a book that leads by example, rather than lecture. As young Kui grows closer to, and more comfortable with, her aunt, she begins asking her aunt about why she was so happy all the time. That, in turn, helps her to draw closer to God. Thus begins a brilliantly conceived and Biblically accurate tale of one girl’s submission to God, which at the same time presents the Biblical steps to salvation to the reader. I can envision thousands of people turning their lives over to Jesus Christ of Nazareth while reading this book. For a debut effort, Tsungi Chiwara was superb. This story belongs next to such classics as “The Lion, the Witch and the Wardrobe” on your bookshelf. It is destined to become a Christian classic. I urge everybody, Christian, Agnostic, Atheist, Muslim, Buddhist, and so on, prayerfully to consider reading this book with an open heart and mind. “Reflections of the Heart” could change this world!