A Waltz of Sin and Fire series, Book One Murder at the Olympiad 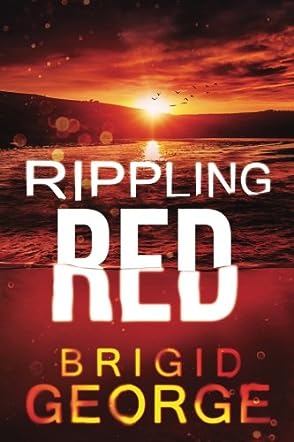 Brigid George is the pseudonym of JB Rowley - author of Amazon # Best Sellers, Whisper My Secret and Mother of Ten, as well as the children’s series Trapped in Gondwana.

JB grew up in a small Australian town called Orbost in the state of Victoria. She spent her childhood chasing snakes and lizards down hollow logs, playing Hansel and Gretel in the bush with her brothers, climbing trees, searching the local rubbish tip for books to read and generally behaving like a feral child. To avoid her boisterous brothers she often escaped into the hayshed with a book.

Hours and hours of reading from an early age trained her for life as a writer. In primary school her teachers called her ‘the one with the Enid Blyton touch’. Her love of reading murder mysteries as an adult has now evolved into a love of writing them.

As a teenager JB had short stories published in one of Australia’s national magazines, New Idea. Since then she has won several awards for her stories which have also been published in anthologies.

JB still lives in the state of Victoria but is now in the capital city of Melbourne where her life is fertile with friends.

Rippling Red by Brigid George is the third book in the Dusty Kent Mystery series and follows investigative journalist Dusty Kent and her steadfast assistant, Sean O'Kelly, as they try to solve a cold case (well, two actually) in Australia's lush Northern Territory. Traveling to Darwin at Sean's insistence, Dusty has been asked to look into the apparent suicide of young Cody Bongiorno. His parents are convinced the teen was coerced somehow into taking his own life. His parents are steadfast in their belief that something happened to change their son's personality in the weeks before his death. Doubtful, but unwilling to disappoint the grieving parents, Dusty agrees to look into Cody's death. In short order, Cody's investigation links to another suspicious death: that of Jerry Lewis, allegedly taken by a crocodile. But when Jerry's missing head is finally located with a bullet lodged inside, and evidence points to Cody's involvement in his death, Dusty and Sean have their hands full sorting out what really happened.

Rippling Red paints a picture of life in the Northern Territory peopled with engaging characters and a host of possible suspects. The pacing of Rippling Red was steady, if not a tad slow, with a small handful of subplots vying for your attention. The dialogue was crisp and believable, with adorable episodes of local dialect tripping up our narrator, the Irishman Sean. The secondary characters (primarily the members of both Cody's and Jerry's families) were well rendered with unique personalities and backgrounds. All told, this was a highly enjoyable story and I look forward to Dusty and Sean's next case.