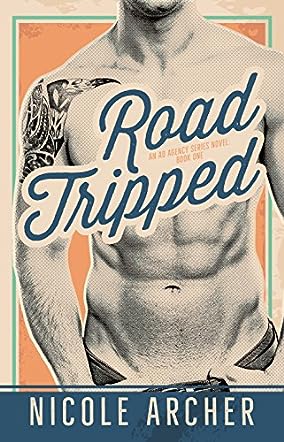 Nicole Archer’s lengthy career as an advertising copywriter not only polished her writing skills, it provided a lifetime of book material. As a full-time working single mom of a beautiful, brilliant, and horrifically energetic son, she has little time to do anything but work, write, read, drink wine, and breathe. She believes the best books make you laugh, cry and orgasm. In real life, she lives in Dallas, Texas, but she’d rather live in Switzerland.

Road-Tripped, the first book in the Ad Agency Series by Nicole Archer, is a contemporary romance surrounding the 'crash and burn' life of Callie Murphy. Having just gotten out of a terrible relationship, Callie finds herself working for her friend, Skip, at his ad agency in New York. Just when she thinks her life cannot get any worse, Skip assigns her to go on a cross-country road trip with her co-worker, Walker Rhodes, for a client. Callie has many preconceived notions about Walker, namely that she thinks he’s slept his way through every one of her female co-workers. However, Walker is not all he appears to be. Will being crammed together in an RV change Callie’s mind, or will she find her predictions hold truth?

Rarely do I find a contemporary romance that holds my attention, makes me laugh, and has me rooting for both heroine and hero. Road-Tripped did all three. Callie and Walker both had believable flaws, difficult pasts, and an undying passion for their respective arts. It broke my heart that both gave up their true calling to settle for jobs in an advertising agency. Even though their relationship is what I would call whirlwind, I could see how it might happen in a realistic sense. I also found Callie’s quirks endearing, as well as both characters’ silly romantic gestures. Miss Archer has a clever style of writing that allows a reader to really be drawn into the story. Road-Tripped by Nicole Archer is not to be missed, and I eagerly look forward to the next book in the series!