The House on 4th Street The Grate Adventure of Lester Zester 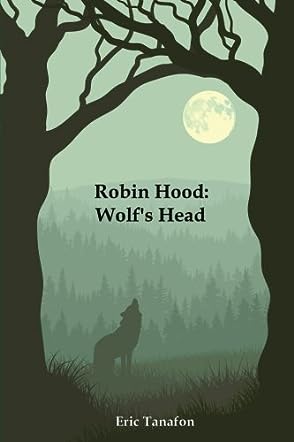 Eric Tanafon discovered Robin Hood's true story by reading between the lines of lost fourteenth-century manuscripts. He writes software by day and fiction by night. He lives in an old house in New England with his wife, four children, two cats, and keeps a garden to support the local squirrel and possum population.

Everyone has heard the stories of Robin Hood, but what if there was more to the tale than what was told; what if there was something paranormal or supernatural going on in Sherwood Forest. An old hermit finds a man at death's door, and nurses him back to relative health. In the evenings he tells the hermit the true stories of life with Robin Hood, who in reality is a werewolf. Robin Hood: Wolf's Head is the classic story of Robin Hood with the twist of making him and his band of merry men werewolves, and not only the men, but a number of women moving along with them. Author Eric Tanafon explains so much of what Robin Hood was able to do with the twist of the paranormal.

Werewolves are all the rage and so much fun to read about, and we are used to reading about them in modern tales, but what if they have been around much longer? What if some of our greatest stories exist because of werewolves like Robin Hood? Author Eric Tanafon takes that idea and gives us a character that we want to know more about, that we think we can believe in, and who is telling us the truth as he weaves his stories about life with Robin Hood, the werewolf. Robin Hood: Wolf's Head is a retelling of what you think you know, but yet in such different ways that you are completely caught off guard. He is never violent, unless there is a good reason to be violent. The book itself alludes to relationship and violence, but isn't graphic, so I would even recommend it to young adults. A read to make you think.