Battle of the Trinity 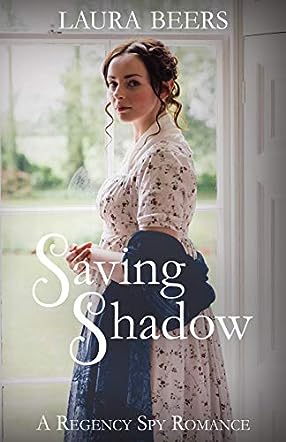 Spying in the Regency period was all-important to the British Crown. It was often the aristocracy who became involved in spying - especially the second son of a lord or duke, who by British law would inherit nothing from his father and must therefore find some other way to serve king, country and empire. Spying, though, was a man's game - definitely not for the likes of delicate women who, apart from anything else, lacked the constitution and thought processes required for espionage. Enter Lady Elizabeth Beckett (aka The Shadow), a remarkable young woman with a photographic memory and fighting skills to match any man. In Saving Shadow by Laura Beers, we follow the adventures of Eliza as she spies for the Crown, along with her brother, Johnathon, and the enigmatic, but very attractive, Lord Sinclair. They must not only break up a slavery ring that is kidnapping young girls for sale, they must rescue them and fight treachery and treason at the highest levels.

In Saving Shadow, Laura Beers has brought us a spine-tingling tale with all the adventure of a modern spy thriller, but set in the Regency period. Her character, Eliza, is a strong, capable woman who defied all the expectations of the period for females. I particularly enjoyed the interplay between Eliza, her brother, and Lord Sinclair. Despite, as a reader, always knowing deep down that Eliza and Lord Benedict Sinclair would consummate their clear lust for each other, the sexual tension was beautifully maintained by Beers. I loved the way Lord Sinclair was forced to change his opinions of women, as he came to realise just how strong, capable and willful Lady Eliza truly was. This was an exciting, page-turning story that I just couldn't put down and effectively read in one sitting. The action scenes were realistically written, and interspersed with some truly wonderful love scenes. I have not read Laura Beers before, but I have no doubt I will be doing so again in the future. I can highly recommend this book to lovers of history, the Regency period, and just readers who like to get their teeth into a good, old-fashioned spy story with romance. Great stuff!