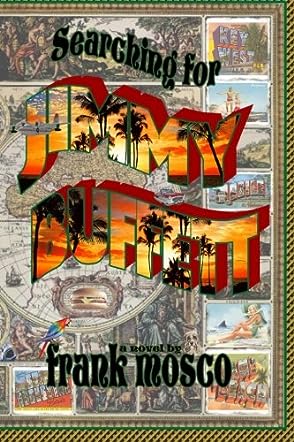 Frank Mosco began collecting awards for writing while still in high school, then again as a journalist in college where he majored in Broadcast Management & Media. The tradition continued as a photographer and winning a national award for his novel "MONKEY". He writes in various genres as demonstrated by his first novel, The Whitemoon Crisis, and the popular Viatnam war novel based on his own experience, The Last Ghostrider. He has produced material for all forms of media as a reporter, columnist, producer, director, and photographer as well as media and crisis communications work for the Federal Government. His writing coupled with his business management and retail experience led him to form his own advertising & promotions agency where his work netted two Addy Award nominations for overall multimedia campaigns and another for print media. Preferring the life of an independent however, he eventually returned to his first love of freelance writing and photography. Frank is a native of Annapolis, Maryland, and after many years of living on the beaches of Florida which influenced a number of his books, he now resides and writes near the waters of the Chesapeake Bay in Virginia where he produces mostly fictional novels of which he says, "...can be just as strange as reality but far more convenient and definitely more fun."

"Searching for Jimmy Buffett" by Frank Mosco is a hilarious political satire novel. Frances Camilla Freewater was always a straight “A” student and all was well in her world till she made a trip to Africa. This is where her adventure begins and she is now known as Sister Moonbeam-Goom-jigi. Now a spaced out flower child in Florida, she has a crush on Jimmy Buffett. After a one night stand she has a baby boy and names him James William Buffett Jr., nicknamed Bean. When a water spout destroys their beach shanty she tries to tell her son to go find Jimmy and to live by his father’s take on life, but all he understood is to go find his father... Now Bean is off on a search and getting involved with many different people as his unbeknown uncle sends him off to the Keys so he can snatch away whatever Bean's mother has left him. Bean is meeting surfer dudes, an illegal Cuban girl being chased by ages of Fidel, vagrants, drug runners, and more. Along with his one eared dog named Fruitcake, the adventure is on.

I found this book to be quite hilarious, in a dark humor sort of way. The more I read the more the book reminded me of watching a Cheech and Chong movie. The story moves at a very fast pace, so really for a large book it can be quickly read. There are some crazy zany characters throughout but I think my favorite of was Chi Chi the Cuban exile who wants to be a famous movie star and the Catholic Priest hit man. There is plenty of action throughout the book as Bean and his band of cohorts make the trail from St Augustine to the Key West in search of Jimmy Buffett. The more I read the harder I found it to put the book down. I had to find out what jam they were going to get into next. The book does contain graphic language throughout and a lot of surfer and hippy dialog but, putting the language aside, I found the book quite enjoyable.

"I’m a big Buffett fan so I picked up a copy of Searching for Jimmy Buffett at the Florida Book Festival and have to say it was one of the funniest books I have ever read. Couldn’t put it down.
(Sharon Biddle)


"What a great read. It kept me laughing the whole time. I am looking forward to any new books by this author.
(JMOROCKS)


"I received this book as a gift and will always treasure it because to me it’s already a classic. I can honestly say that reading this novel was an exceptional literary experience. The characters, a crazy mix of varied nationalities and their development, and especially the dialogue that at times flows like a hilarious scene from a great Abbot and Costello movie, keeps this book running like a fine tuned engine through a maze of a story line that all comes together in the end. The author’s writing style and pace move the story along like a wildly entertaining symphony that rolls on for nearly 430 fun pages. Not since Catch-22 have I had so much fun reading a novel. I am already into my second reading and recommend it highly to anyone with a love of a great story, great characters, and the special sense of humor that appreciates political, ethnic, and social satire. I would love to read a sequel. If you don’t have it – get it. Thanks Rosie for this great gift!"
(Stevie D)

"This author’s approach to the Jimmy Buffett philosophy was certainly a pleasant surprise. I am a long time Parrothead and Buffett fan and really enjoy an entertaining read, especially in the vein of a fun time Buffett song such as Fruitcakes and this book certainly has its fill of fruitcakes. This book is just plain fun! Also rich in content and characters. Over 400 pages of situation comedy that won’t quit. I definitely recommend it. Be prepared to be surprised as I was."
(Steph)

"Entertaining read. If you've read all the Buffett books, this is a refreshing relief for literary Parrot Heads who are waiting in hope and anticipation of more writings from the master story teller himself. Full of the kind of bizarre wackyness experienced by Tully Mars and Frank Bama. Read and enjoy!"
(Eric Beeckman)

"I thoroughly enjoyed reading this book. The storyline moves along at a steady pace while developing the zaney characters quickly and making the stories come alive with action and good humor. I think that anyone would enjoy this read for the pure enjoyment of the chase on trails that are timely and familiar, untimely and unfamiliar, and just plain insane as a young man and his strange set of cohorts search for his famous father. I loved it and encourage others to pick it up and lose a weekend in Margaritaville or somewhere there abouts."
(Martha)

"This book made its rounds with the family during a recent vacation to Florida from Connecticut and was unanimously the best part of our long road trip. Being in Florida brought the book to life and kept us laughing each day. The characters are appealingly crazy and the story that is wrapped around Bean Buffett searching for his famous father through all kinds of unforeseen events keeps you pulling for his success. It was unpredictable and addictive, a page-turner for sure. I loved the characters. My favorite was the dog, Fruitcake, although Boner and Sister Moonbeam are quite a trip. I highly recommend this book to anyone."
(Karen Stennisten)

"Just can't get enough of this book and couldn't put it down. I nearly got caught reading it at work and it was well worth the risk. This author is a real story teller that keeps you turning pages and chuckling the entire time. What a relief to find a truly entertaining work of literature. Can't wait for the next one."
(Saundra Estelle)

"From the Florida Keys to every part of America, everyone has heard of and loves Jimmy Buffett. Now thanks to author Frank Mosco you can read one of the funniest books to be written in quite some time inspired by Buffett. Searching for Jimmy Buffett is simply one hell of a great read."
(alaynaspop - amillionposts)

"I am hard put to find the words that say how much I enjoyed this book. I certainly would recommend it to anyone who loves tongue and cheek satire coupled with a great road trip adventure. Great characters, great book!"
(Rudy Walpole)


"Saw your book in the Margaritaville Shop in Key West. Have to say it's the funniest book I have ever read. If you ever write a sequal please let me know. Thanks for a great read."
(Curtis "The Conch" Simmons)

"Why did it take me so long to find this book? I can't remember the last time I had so much fun reading and even though I read it in ebook form I went and ordered it in hardback to add it to my private library. This author certainly has a way with a story and keeps you reading until the end. A fun and funny read!
(Robert Gibson)

"Wow, what a crazy book! I can't recommend it enough for any folks who like humor literature. Somebody should make it a movie."
(Chan Peterson)

"I don't know what kind of crazy drugs the author of this book was on when he wrote it but I wish I could get some. Searching for Jimmy Buffett was the most entertaining book I have ever read."
(Jo Jo Varese)