Pride of the Bluegrass 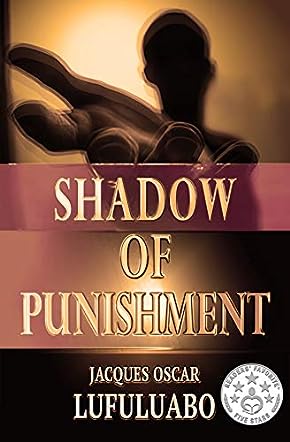 Jacques Oscar Lufuluabo is an Italian author. He was born in Rome, where he still lives and works.
After his studies he specialized as a copywriter and in the comic strip industry, in the meantime collaborating with local newspapers. Then he attended the Omero School for creative writing and TV-fiction screenplay.
Presently, he has published numerous short stories for anthologies and magazines, some of which have been awarded prizes in literary competitions.
"Shadow of punisment" is his debut novel.

Shadow of Punishment by Jacques Oscar Lufuluabo is a twisty crime mystery. An exclusive rehab center in Italy, VitaNuova, is the scene of a grisly murder, a murder that is about to expose some dark secrets that really should have stayed buried. The ‘guests’ at the rehab center are just random people, unconnected to one another in any way – aren’t they? Inspector Nardi is tasked with solving the murder and, along the way, he discovers that nobody is who, or what, they appear to be. Lovers, sisters, fake marriages and more come to light and Nardi is also forced to face his own past if he is to solve this crime.

Shadow of Punishment by Jacques Oscar Lufuluabo is an edge of the seat thriller with several plots running through it. Each plot is a story on its own, but they all intermingle and it's only at the end that you can see how they all join. There are loads of twists and turns, loads of surprises, and more than enough action to keep you hooked all the way through it. The author has done a good job of delving into the minds of all the characters, giving us a psychological insight that adds depth to a story already packed with suspense. These are real people, credible characters that you could be walking past in the street, and you will relate to them easily. This is a complex story and you do need your wits about you to keep up with all the different story threads. It was originally written in Italian, but it has translated very well. Good story; recommended reading if you want something to get your mind ticking over.

“He enjoyed the stability of his chaos.” This quote is from Jacques Oscar Lufuluabo’s description of the primary character in Shadow of Punishment, Inspector Nardi. Tasked with solving a tragic series of murders, he’s both introspective and consumed by his own unresolved emotional turmoil. Relating to the pain of his suspects, he allows his own grief to color his views. Nardi is portrayed with realism, a police detective who is both relatable and genuine. His entrance into the novel offers the vagaries of an Inspector Clouseau-type appearance without the humor. He doesn’t really burst upon the scene but wanders in and pokes around for a while. The reader twists and turns alongside him as he uncovers clues and performs extraordinary U-turns until the conclusion.

“At the end of the day, love and hate were the two weights that made the world’s pendulum swing.” This was a great murder mystery that wrapped itself around a colorful and interwoven cast of characters. Each of those linked to the murders is drawn with great care and the author’s sympathy for them is portrayed in detail. All of them are difficult to hate and the reader is pulled into a web of compassion because any of the suspects could be someone we know. Or ourselves. Each of them is offered justification for their crime, a reason which is suitably compelling as to lead Nardi and the reader in the wrong direction. We watch the intrigue play out without hindrance and are horrified bystanders to a complicated whodunit, not actually sure until the final pages who was at the root of everything. And then we are surprised. Shadow of Punishment has the spirit and momentum of an Agatha Christie mystery.

Shadow of Punishment is a fantastic crime novel written by Jacques Oscar Lufuluabo. In Italy lies the exclusive drug rehab center of VitaNuova. Despite being a place for people to heal and escape the demons of their addictions, the managers are constantly at odds with one other. Anger, confrontation, and deception are everyday occurrences at VitaNuova. After the hiring of an art-therapy instructor, a sequence of murders occurs that seems to revolve around the center and those in charge. Two sisters are at the core of the story. One has a deep hatred towards the other; both have taken lovers, despite one being married. However, when their lives start to unravel, the plot thickens and Inspector Nardi, who is fighting his own demons, must solve the case. It is now up to Nardi, a veteran detective, to unravel the tangled web of lies, murders, and deeply-seated hidden family secrets. Will the police be able to untangle the web created by the murderer?

Kudos to Jacques Oscar Lufuluabo for writing such a compelling, intriguing story. Shadow of Punishment is a twisted, interwoven story that revolves around twin sisters who were separated when young. They lose track of each other over time. One goes on to marry the wealthy Vincenzo Della Torre, and run the VitaNuova center, while the other sister develops an abnormal hatred towards her sibling and her good fortune. Giada develops a plan to extort money from her sister but has no idea what she has started. Murder, intrigue, suicide, and blackmail surround everyone. An excellent book filled with plot content, exceptional character development, and an interwoven theme that keeps the reader hanging on until the last page. I will be looking for more works from this author.