Two Things That Make Us Whole 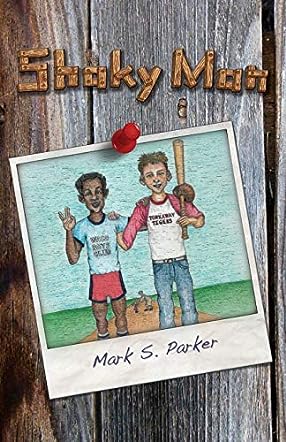 Shaky Man by Mark S. Parker is set in the 1960s and opens with 12-year-old Thomas Oliver Parker ('Topper' to his family, 'Topknot' to Joe Ellis, and 'Top' to his other friends) playing baseball for the Tonkaway All-Stars. When he is not playing baseball, Top and his friends enjoy riding their bikes or going fishing, wading and swimming in the creek, which is easily accessible to the children as it runs behind each of the houses in Tonkaway. Although, Top is the 'new kid in town,' he is readily accepted into the community, and his life seems pretty ideal.

As Mark S. Parker's story unfolds, Top soon discovers, though, that this small town is, in fact, riddled with gossip and prejudices. For instance, his friends, although wary of their neighbor, 'Shaky Man,' taunt him and trespass on his property, causing damage in the process - simply because they choose to believe rumors, however far-fetched. As far as the children are concerned, the fact that their neighbour has peculiar characteristics, such as shaking, is proof of his guilt. Although it isn't too long before Top realises that a few of the adults are equally guilty of prejudice when they shun his friend, Mickey, due to his skin colour, it isn't until Mickey's father is accused of murder that he fully realises how hate-filled these people really are and the extent they are willing to go to have Mickey's father condemned.

I believe Mark S. Parker's story will appeal to children aged 10+. I would also recommend Shaky Man as a resource for educators, parents and guardians to use whenever they wish to raise the topic of prejudice and racism with the youngsters in their care.