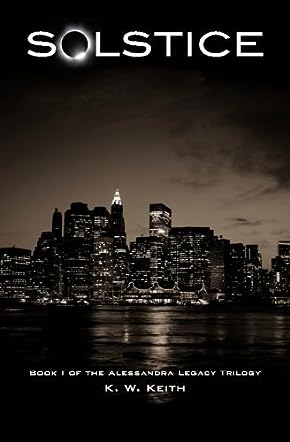 I was born to write. At ten years old, I was penning 30-page princess stories in long hand, to the delight of my parents and sisters. Adolescence brought murder mysteries and tales of romance that left my friends begging me for more – horrid penmanship be damned. This trilogy began when I was sixteen, pink ink on pink paper, but it took a back seat to my BA from Wellesley in Classics and Astronomy, and then suffered a full-on demotion to the trunk while I earned my joint MS/MBA from Northeastern.

While my professional career flourished, my incensed characters haunted me. I caved to them in March of 2011 and they subsequently took over my life – much to my abandoned husband’s chagrin and my friends’ bubbling excitement. Business woman by day, novelist by night, I’ve breathed new life into my long-neglected story, and the labor of love has brought me joy unparalleled. I hope you enjoy reading it as much as I've enjoyed writing it.

How do you hook readers on page one, and re-hook them at the end of the story? You write a romantic suspense novel like Solstice by K.W. Keith, and when eager readers turn the last page to read the next chapter, they realize Solstice is just the beginning of a trilogy. How clever!

I was so absorbed in the intricate plot, the mind-blowing but realistic characters of Solana and Raine, the undercurrents of deadly Mafia workings and the hint, on those last few pages, that the all-powerful Raine was about to be taken down, that the unexpected ending of Solstice came as a shock. Incidentally, so did the very sensuous, graphically detailed and explosive sex scenes between Raine and Solana that sometimes lasted for several pages. Readers who enjoy this kind of romantic titillation will get more than their share. Those who don’t shouldn’t select Solstice, but if you don’t, you’ll also miss out on discovering one of the best female authors I’ve read. K.W. Keith is good, very good.

I rarely read romance, but the plot of Solstice looked interesting. Within a few chapters, I was totally caught up in Solana’s quest, as a top journalist for the Times, to get to the bottom of recent Mafia murders. Somewhat reminiscent of that fated attraction in 50 Shades of Grey, as soon as Solana spots the charismatic, handsome Raine at a upscale gala function, she knows, as does the reader, that somehow he is going to seduce her. But who would want to be seduced by a top Mafia man with murder on his mind, including hers? When Raine recognizes that this woman is his intellectual match and could undo all he has worked for, he kidnaps her. Solstice becomes a story of mutual seduction that leaves both principal characters struggling to understand what just happened between them.

K.W. Keith is an expert at making sex scenes come alive. But she is equally skilled at showing what makes people who they are. As Raine and Solana reveal to each other the truth about their families, readers come to understand and like Raine as much as they do Solana. Bit by bit, the tenderness and vulnerabilities beneath the necessarily chilling face that Raine wears is revealed. By the end of Solstice, readers are as worried for Raine’s safety as they are for Solana’s when other powerful and greedy Mafia members plot to use Solana against Raine. Will their plotting bring about his ultimate destruction? Looks like we’ll have to read the second book of the trilogy, Equinox, to find out.