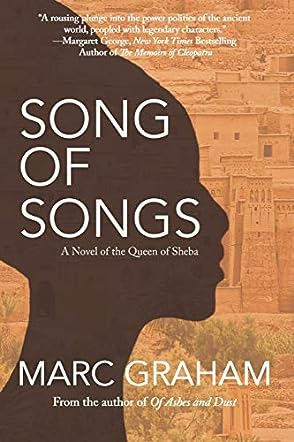 As daughter of the mukarrib of Maryaba, Makeda's life could only ever be atypical. Her mother's status as a slave diluted the prestige Makeda's birthright possessed, but even that is irrevocably changed when raiders sweep through the fields of Maryaba, their presence and the destruction they sow laying the foundation for the legendary Queen of Sheba to rise. Through loss, environmental strain, and social upheaval she is encouraged to use her voice and develop her own wisdom. Meanwhile, Bilkis, favored daughter and half-sister to Makeda, through her beauty, cunning, and ferocity earns favor among the royalty of Yisrael. While Makeda and Bilkis mature and their independent plans come to fruition, another thread is plucked. Yetzer's path is one of transcendence. Son of the Overseer of Pharaoh's Works at the quarry of Bakhu, his origins are humble. Yet when a devastating accident robs him of the life he knew, Yetzer is given a choice, and the repercussions ripple throughout time. Song of Songs is a series unto itself, but the ending begs for more. With any luck, Marc Graham will soon deliver.

Marc Graham takes great pains to portray some of the more vicious yet then-ordinary practices in an effort to make Song of Songs: A Novel of the Queen of Sheba a more authentic piece. He does not shy away from the darker side of things, instead holding them up just as clearly as the lighter, more pleasant aspects. He draws upon the things we as humans cling to in an attempt to make sense of our lives, ably pouring more life into the characters that populate Song of Songs and tugging you deeper into the world he's recreated. Religion, family, responsibility and more play a key role in humanizing an unforgiving world and determining the parts we play in it. Song of Songs is a masterpiece of orchestration and concept. Separated into four parts, or songs, and divided equally among three character-driven paths that each twine and shape the others, what Graham has created underscores the beautiful and the horrifying by turn and reveals the way people face, circumvent, and overcome the forces larger than themselves. A deeply compelling tale of a people and period in history that few know well.