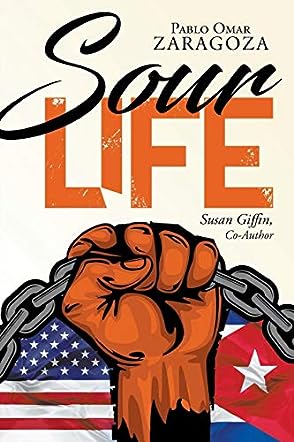 Pablo Omar Zaragoza emigrated from Cuba to the United States in 1959. He graduated from medical school and completed his residency in pathology, which he practiced for many years. Now semi-retired, he pursues his other passion: writing.

Susan Giffin, his co-author and creative partner, is an author, award-winning ghostwriter, and editor.

The Zaragoza-Giffin team won a 5-star review from Readers' Favorite for Protect the Guilty, their first published novel, in 2017. They published six novels in 2018, including Sour Life.

Sour Life by Pablo Omar Zaragoza and Susan Giffin tells the life story of Mr. Melendez. A mass is found on his x-ray, so while in the hospital, he begins telling his grandson stories of his history, starting with his grandfather coming from Cuba to America and going into his gritty journey. History is intertwined into a life story involving war, loss, romance, and a fall into drug delivery which results in a stint in prison. He dives back into his past by revealing his secrets and the lessons he learned throughout his life, from the loss of his first wife and the revenge he sought for her death to what led him to the present day. As he gets his life back on track, he discovers shocking secrets and works to reconnect with his family.

Sour Life is told from the perspective of a grandfather to his grandson as he recounts his life through a historical backdrop and experiences involving war, romance, love, and loss. Family history and his own personal struggles throughout his life are slowly revealed to his grandson as the plot weaves between various points of the past and the present. Zaragoza and Giffin use a first-person narrative to explore serious themes which include war, drugs, and murder. The past has a gritty and dark tone which often includes scenes with graphic violence. Balancing out these darker moments are the emotional struggles he faces in both the past and the present through his relationships with his family and the tragic romances of his past. He's experienced a great deal of loss throughout his life, but over the course of the story he discovers this chance to reconnect with his family.

As he struggles with an illness, he finds himself in a vulnerable place which gives him a push to reveal his story. The story he shares feels like not only family history but his own personal life lessons and a way to unburden himself of everything he went through. Delving into his past allows him a chance to deal with his mistakes, his losses, and by the end he seems to reach closure. The details are vivid and realistic, portraying some horrific images, but the tone is never without its emotional core as Sour Life tells a story about family and second chances.