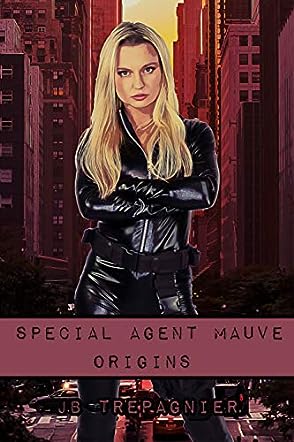 Special Agent: Mauve-Origins is a short story written by J.B. Trepagnier. Life in the undercover world is tough. The higher up in the chain of command, the more fear you instill in those below you. When hackers, calling themselves The Arm, break into computers of the head of the undercover world, who is only known as SHE, they unveil the full details of undercover agents across the globe, sending all current and potential agents into hiding. The sudden, desperate shortage leads to an insurance pleb, tired of being at the bottom of the chain of command, applying for the job of secret agent. After teaching herself to shoot (with a potato gun), learning to protect herself (watching Tae Bo videos on YouTube) and mastering the art of disguise, she is finally certified as a secret agent and lands a job after a very awkward job interview. Assigned the code name ‘Mauve,’ the new agent is given proper training, leaving her bruised, tongue-tied, and poorly dressed. Mauve’s first assignment has her on edge, but after eating nasty fast food at a gas station, things quickly go from bad to much, much worse. Determined to redeem her embarrassing first few days on the job, Mauve gives it her all in order to climb her way back up and impress the one they call SHE.

I was not sure what to expect when I grabbed this book, but J.B. Trepagnier had me hooked on every single word. I found some parts to be realistic and was easily able to picture the action happening before my eyes as I read. Mauve's journey is cleverly doused in humor while giving a first-person narrative of a woman’s drastic change in career. Tae Bo was a great choice in aerobic fighting-style exercise, having done this particular form of aerobics for many years, but I would never have thought of a potato gun to practice my sharp shooting, having never heard of one. The attitude of the pigeons during shooting practice gave a nice touch, as the reader was also able to see Mauve from a hungry creature’s point of view. Special Agent: Mauve-Origins compares a woman’s career aptitude with her actual capability in career espionage, leading to wonderfully hilarious results. I most definitely enjoyed reading about Mauve’s beginnings in the spy world and recommend this book to anybody who loves comedy, drama, and realism which is completely outside the normal expectations when it comes to a career change.