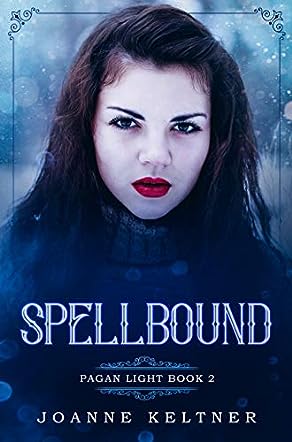 Spellbound is the second book in the Pagan Light series by JoAnne Keltner, a paranormal story that features the conflict between faith and magic, and characters faced with very difficult choices. Jackie Turov is a psychic and a healer, gifts she inherited from her grandmother. Having been away from the church for long, she’s finally come back, but she is in love with the young seminarian whom she has secretly been seeing. In fact, as the story opens, she is dreamily looking at David as he reads the epistle and fantasizing about their meeting the previous evening. When accused of witchcraft by an elderly member of the church, a Russian immigrant, Jackie undertakes a journey to uncover the truth. Is she ready for what she’ll discover, about the woman, herself, and her own past? And can she risk losing David to the bitter truth?

JoAnne Keltner writes from the heart and one feels the emotions of her characters. From the very beginning of the narrative, the author presents an emotional conflict that dominates; the 'taboo love’ between a psychic and a seminarian. In reality, they are characters with callings that conflict with each other. There was a time in church history when witches were burned and persecuted. The writing is gorgeous and the way the author captures the hearts of the characters and the curiosity of the protagonist make the story real and enjoyable. Spellbound is suspenseful and filled with light, a story that invites readers to a reevaluation of their beliefs and sense of inner freedom. While it is the second in a series, it reads well as a standalone novel, balanced and deftly plotted.