In The Shadow Of Two Gods 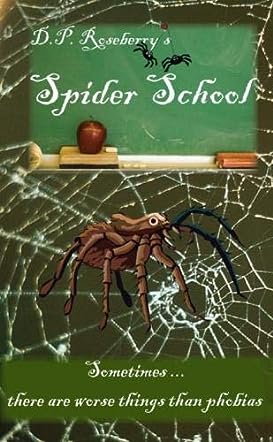 Ariana, or Ari to her friends, has a phobia – Arachnophobia, a spider phobia. And it’s hit her hard. So much so that Ariana can’t sleep at night for fear of spiders crawling all over her; she really doesn’t have any friends as they all think that’s she weird with her screams and desperate reactions when a spider is sighted, and she’s the target of multiple, nasty pranks from her younger brother. Things really can’t get much worse, or so she thinks. A picnic at the park with a group of girls from school is disrupted by a spider and Ariana really freaks out. Enter Bobby Daniels, a boy younger than Ariana, who claims to run a spider school. It might sound bizarre, but Ariana is at the point where she realizes she has to do something to try to control her ever-growing fear of spiders, and perhaps this boy might have something to help her. So, the work begins and, gradually over the course of a school year, Ariana adapts to the notion of facing her phobia head on. But as she gains control of her phobia, something else takes root.

D. P. Roseberry’s Middle Grade novel, Spider School, is an interesting twist on the difficult concept of phobias and how to deal with them. As the main character, Ariana, evolves over her education on spiders and her Arachnophobia affliction, she changes from a sweet young girl, weak in her obsession with fear of spiders, into a powerful person with an unknown but suspiciously evil mission. The story appears harmless enough and perhaps a little simple, but with evil lurking, and not in the form of multi-legged little critters, the realism become bizarre almost to the point of suggesting macabre and horrific. The reader doesn’t know yet, as the story finishes with the assumption that there’s more, much more, to come. Although on the verge of being a horror novel, this story does provide young readers with something positive: that one can face phobias head on and keep them under control. An interesting, if somewhat disturbing, read.