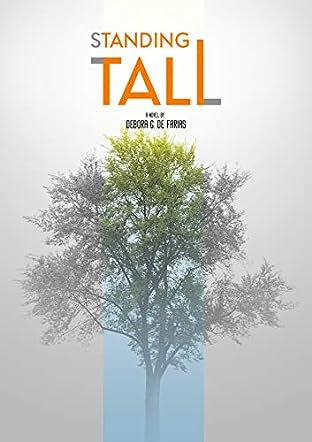 Standing Tall brings us the story of quite a remarkable woman and pioneering doctor from Buenos Aires, Argentina, in the second half of the nineteenth century. Author Debora G. De Farias introduces us to the ground-breaking and relatively unknown Doctor Cecilia Grierson. Born to an immigrant farming family in rural Argentina, Cecilia broke all the glass ceilings when she became the first woman to be admitted to medical school in Buenos Aires and later went on to forge a stellar career focusing on the physical, social, and mental health, along with the education of women, in the South American country. Rather than focus on Cecilia’s incredible academic success, the author has attempted to present the human side of this woman through her relationships with her friends, her colleagues, and, in particular, the two men who would impact her personal life over the years. Cecilia was an achiever to be sure but it is in her personal interactions that we see more of the true woman she was. As we all are, Cecilia was flawed; however, the author presents us a wonderful, albeit fictionalized and possibly romanticized version of the woman, outside of being the first female medical doctor in Argentina.

I found Standing Tall to be a wonderfully insightful view into the personal life of a woman who deserved all the plaudits heaped on her for her professional abilities and achievements. Author Debora G. De Farias writes with poetic passion and weaves a wonderfully complex tale of a woman torn by regrets of what might have been but equally deeply motivated to achieve what she could for others, both academically and personally. There were times when I felt the desire to shake this woman by the shoulders and tell her to stop being so hopelessly romantic and deluded and for me, that is the mark of an exceptional author to draw that response from her readers. This flowing tale, redolent with descriptive beauty and passionate love of language will capture readers and transport them back in time to nineteenth-century Argentina; the smells, the scenery, the tastes, and the culture of South America. It was clear that the author not only had a personal connection to Cecilia Grierson but also abiding respect and admiration for the woman and her achievements. Impeccably researched, this book is not only a discourse on unrequited love and passion, but it is also a celebration of the triumph of effort and dedication over prejudice and sexism. I thoroughly enjoyed this read and can highly recommend it to all lovers of great stories.