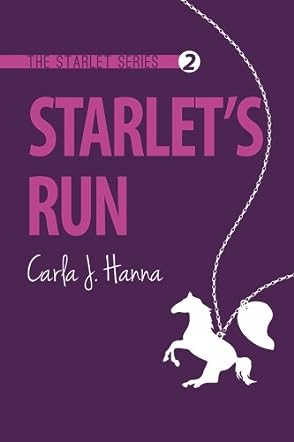 Carla J. Hanna is the author of award-winning young adult romance and coming of age fiction novels for readers who enjoyed Nicholas Sparks' A Walk to Remember, Elizabeth Gilbert's Eat, Pray, Love, Gayle Forman's If I Stay, or John Green's The Fault in Our Stars.
A former housewife of Santa Monica, California, Ms. Hanna shares an insider's perspective on Hollywood and celebrity influence in her multicultural novels. These are not steamy novels; they are realistic contemporary stories that examine the cultural clash between Hollywood values and religious morality.
Mrs. Hanna urges her readers to take control of the messages about sexuality, youthfulness, and beauty coming from Hollywood and stand up for their own personal convictions rather than follow the social media herd. As the entertainment business's consumers, we have the power to change the messages that affect our sense of self and the actions of our children. Help be the change.
LOVE. LIES. ACTING. THE STARLET SERIES.
Starlet's Man - Lights, Camera, and Lies. High school student athlete, Manny Biro, is caught between the boy he should be and the man he wants to become.
Starlet's Web - Hollywood entangles talented teen actress in a web of lies.
Starlet's Run - In a world where an actress is a product and everyone is a critic, can young love survive? Should it?
Starlet's Light - Young Hollywood actress is 'so done' with acting. She gives up the fight until she sees the light.
~ STARLET'S WEB GOLD MEDAL: 2014 Readers' Favorite International Book Award Contest: Christian Romance ~
~ STARLET'S LIGHT SILVER MEDAL: 2014 Readers' Favorite International Book Award Contest: Christian Romance ~

In Starlet's Run (The Starlet Series, #2) by Carla J. Hanna, we join starlet Liana Marie Michael as she is suffering through the stages of grief. Liana admits that she is a mess, a physical mess inside, and dealing with it while also starring in a major motion picture. Which she points out also seems to be just the way that Hollywood operates today. So what do you do when you are eighteen and want to write your own future in Hollywood?

Carla J. Hanna has written another masterful Young Adult read. I really enjoyed the first book in this series, Starlet's Web, and Starlet’s Run was another 'can’t put down' exceptional read. From cover to cover, you are once again drawn into the world of fads and beauty that is Hollywood. The writing is really well done and evokes a feeling of the different layers of Liana - she is not the “typical” star you find in Hollywood and this book follows her through a struggle. To me, watching Liana struggle and handle medical problems, and just the overall issues of how destructive Hollywood can be rings so true in how society is becoming today and how many forget that the famous are people, too. Sometimes they get trapped in the fame, just as much as we get trapped in the expectations the media puts on everyday people to be more glamorous. This story is very human and is a search for truth. I would highly recommend it to anyone who wants a well written story with an amazing message at its core.