I Can Do What Daddy Can Do The Long Road to Loving Jackson The Singer and Her Song 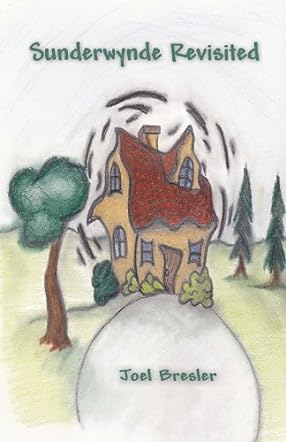 “Sunderwynde Revisited” by Joel D. Bresler is a convoluted tale about a family of four living in a house that was built on ground cursed hundreds of years earlier by an angered medicine man. The curse was a bit obscure; it was either supposed to LAST 20 generations, or BEGIN in 20 generations. As fate would have it, it was now 20 generations since the curse, and bad things were greatly anticipated to happen, at least by certain odd academicians who studied such things. The family of four – Jerry and Liz, the parents, and Melissa and Kenny, their children – neither knew nor cared about such things, until they started to happen. However, Liz and a few of her friends were amateur archaeologists who spent many a weekend searching for old Native American artifacts, with very little success, and Liz also happened to be taking a night class at the local college which was fortuitously being taught by the leader of the “odd academicians” mentioned above. The professor wanted access to Liz’s house so that he could witness the unidentified but nevertheless intriguing “events” about to unfold, while Liz wanted the professor to give her some pointers on how she and her friends could have better luck with their artifact hunting. Thereon hangs the tale.

This was certainly a different kind of ghost story, but all the more interesting for its differences. The author wove a healthy dose of local history into his story, which only added to the suspense and expectation of bad things to come. The author has really learned well how to create believable characters; his somewhat loony professor is the epitome of someone too intelligent for his own good. Jerry, the husband and father, is expertly drawn as a man totally out of his element on the job, but baffled over the fact that nobody, including himself, seemed to know just what it is they were supposed to be doing! Melissa is the quintessential early-teenage girl, most at home in the mall, while her brother, Kenny, has the vividly overactive imagination of a typical pre-adolescent boy. Putting these characters together in the story as it unfolds is admirably done by the author, resulting in a book well worth reading. I recommend this for all fans of the paranormal, and to all who like plain contemporary fiction.