The Trouble with Belonging History of the First Queen 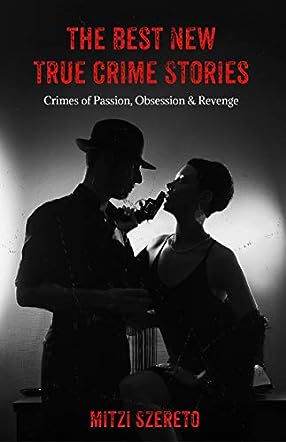 The Best New True Crime Stories: Crimes of Passion, Obsession & Revenge is the third book I've read in Mitzi Szereto's The Best New True Crime Stories series, following Well-Mannered Crooks, Rogues & Criminals, and Small Towns, and I was not disappointed. Well researched and well written, the stories are diverse in location, epoch, age, and gender of the perpetrator. I was shocked by the opening story about the coming out of teen horrorcore fans, so I was pleased (if pleased is the right word here) to be taken back to 19th-century Canada and the wrath of a cuckolded and beaten wife. Then onto the France of “la Belle Époque,” where a woman comes to avenge bad press against her husband and rocks the government of the time. In the following story, “A Young Man in Trouble” in San Francisco, where larceny carries a tougher sentence than murder, I couldn't help but like the “nicest thief in the world.”

A woman is a perpetrator again in “The Madison Square Garden Murder,” and young people are involved in “The Facebook Murder,” shockingly close to the “hate speech” of our current social media. A woman stars once more in the late 19th century in the story, “Death by Chocolate”; next, a child murder in Melbourne a century ago, but whodunnit? Then off to Jamaica in the 1990s for “The Beauty Queen and the Hit Men,” before we take off for mid-20th century Japan and the story of Sada Abe. And then back to France with a woman scorned, before landing in Texas where a whole family is charged for murder. Finally, an English department-store magnate is killed by a nephew pleading insanity, and we move to India to avenge “untouchable” women who rise up and murder their tormentor, to conclude with the tragic ending of a “fatal triangle of passion.” All these true stories deal with how passion, obsession, and revenge can affect men and women, even the youth, depending on circumstance. You may wonder if it might even be you—this collection is an engaging read that I highly recommend.