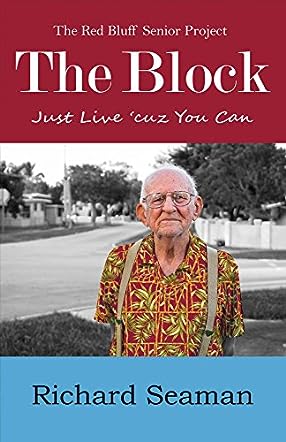 I began my storytelling career using visual language, sitting at my duty station in Germany, monitoring Soviet missile defenses, and lampooning the Army Security Agency, myself, and the Nixon administration. The lampooning I did there could was from the Mother Oats and Robert Crumb era and NOT G-rated. Something for me to share for a ‘members only’ page down the road. After my stint with Uncle Sam I went on to graduate at the top of my class from the University of Kansas, School of Fine Arts.
The picture that I include on my website, dragonsappetite.com, is a parody I painted from that period. I’m poking fun at the Kansas State Attorney General’s zealous attempts to raid and shut down hemp grade cannabis farming.
My next move was to leave one Oz for another. I relocated to the San Francisco Bay Area where I’ve resided ever since.
As a writer, I’ve written professionally as a business consultant for almost twenty years.
As a creative writer in the genre of fiction, that too began at the University of Kansas. But as many storytellers can attest, life was allowed to make the commitment to storytelling just a flirtation.
In 2005 I stopped flirting and renewed my courtship with the Dragon, an entity with acute investigative skills focused on the crime of murder. Since 2005 I’ve worked in earnest to develop the Dragon, his history, the history of his world, his supporting characters and backgrounds, and the nexus to future environment in which the he lives.
It is in the nexus to the Dragon’s future that spawned my online publication, The Exordium, the historical narrative for the tipping point that set the events in motion that forever changed the world and led to the Dragon’s 29th century civilization. My first published work, The Block, is part offshoot from The Exordium and part speculative fiction in the form of light social and political commentary on some of today’s key issues. The Block seeds clues into the how and why that is the Dragon’s future. But mostly The Block displays the human resolve to persevere regardless of circumstance; and it does so with affection and humor. History is great about reporting the big things. The Block takes a moment to show how the big things can impact day-to-day life.
I have produced and am producing short stories and features about the Dragon and the world in which he lives. These include, The Exordium, The Message, Nemesis, and The Comet Wranglers. On my Facebook page, I’ve begun posting chapter installments from my early draft on my next book, The Harbingers (working title), which I expect to release in 2017. Short story and feature publication to date has been free and online.
The Block and future works about the Dragon are being previewed in my website, dragonsappetite.com and on my page in the Facebook page, Richard Seaman, Storyteller. You can also follow me on Twitter, @dragonsappetite, #theblock_justlive.

The Block: Just Live 'cuz You Can is a speculative fiction novel written by Richard Seaman. It's set in the near future, after yet another war to end all wars bankrupts the American government. The responsibility for the now-defunct Social Security Administration's payments to senior citizens has been handed off to the states, and Medicare is virtually non-existent and limited to the most basic of care courtesy of the Social Security Revision Act of 2025. Savvy seniors were taking advantage of the Federal Real Property Repurposing Act which provided housing in vacant, mostly neglected neighborhoods. Seniors were basically left to fend for themselves. Many did not survive; some did.

Richard Seaman's speculative fiction novel, The Block: Just Live 'cuz You Can, is well-written and contains engaging and sometimes unforgettable characters. I enjoyed meeting the narrator, Doug Richards, his wife Loui, Big Steve and the rest of the remarkable and resilient seniors who formed the community that became known as The Block. The stories Doug tells of the early hard days when they scavenged and reinvented themselves are entertaining and often humorous. Seaman has an easy and conversational writing style that soon had me thinking of Doug as a real live person, and I became engaged in and concerned with his life and that of the others in the community.